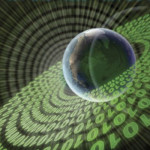 There are only a few industrial B2B companies that put effort into their online presence. Resinex, a leading European supplier to the plastic and rubber industries, can now be counted as a leader in this respect.

Resinex is the only plastic and synthetic rubber supplier that covers all European states, including Russia and Turkey. The company had 400 employees, an output of 500,000 tons of plastic, and revenue of €820 million in 2010.

“Up to now, the distribution of polymers mostly relied on traditional marketing methods because of the limited number of known customers,” said Jakub Hrdina, who was in charge of the project on the client’s end. “As one of the leading companies in our sector, we decided to better utilize the opportunities the Internet provides. Therefore, we needed to create a complex website that includes all European languages.”

After winning the contract, Et netera performed a thorough analysis and proposed a structure for the company’s online presentation, as well as its design. The portal was built on PHP MODX open-source technology. However, the website is more than just a basic description of the plastics, polymers, elastomers, and synthetic rubbers the company offers in the 31 countries where it is represented. Each country has its own tailored content, not only in its own language, but also in English. “Turkey, Greece, and Russia are countries where it was more difficult for us to control content, but they still have only one language version and the English translation. Switzerland was on the other end of the spectrum, where there were three languages to edit along with the English version,” Et netera project manager Lukáš Lejsek said about the particulars of building the website.

It was difficult to communicate and distribute one idea to 31 countries, 31 cultures, and 31 mentalities, but the project was successfully completed without any major problems.

“Our goal was rather simple, but the realization of that idea included a series of obstacles in the necessary coordination of information and translations between local subsidiaries. That’s why we were so satisfied with our selection of Et netera, whose professional approach greatly contributed to the success of the entire project,“