Etnetera to Represent the Czech Republic at the European Business Awards 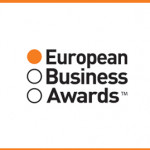 Etnetera a.s., a leading supplier of complex websites and extensive e-business solutions in the Czech Republic, has been selected as one of the 12 national finalists in The European Business Awards 2013/2014 (www.businessawardseurope.com) and will represent the Czech Republic in the next round where the company will compete for the prestigious Ruban d’Honneur award. The winners of the individual categories will be announced in April 2014.

The European Business Awards seeks out the most interesting and successful European companies in their field and recognizes quality, innovation, and the long-term sustainable growth of companies across the European Union. The awards are open to companies of various sizes from all EU member states. For more information, see http://www.businessawardseurope.com. Etnetera was nominated in the the Employer of the Year category, primarily for its innovation in the management of the company and its transformation from a traditional, management-driven company, to a democratic company based on Freedom at Work principles where the employees themselves take part in the management of the company. This model breaks down the restrictive barriers within traditional companies and replaces them will freedom, trust, responsibility, and participation. Some examples of the first, but certainly not the last steps on this journey include:

Besides the above-mentioned changes, the transformation led to a massive improvement in research and development of new technologies (i.e. Etnetera has become one of the leaders in the Scala development community). Marketing activities also improved, as individual teams are motivated and inspired to undertake their own marketing activities. Another result of the transformation is the Startup Accelerator, where Etnetera helps young businessmen with the development of their own projects using new models that are not based on maximizing the profit from each project. Instead, the focus is placed on working with people that enjoy their work and do it well.

Martin Palička, Etnetera executive director: “Of course we’re delighted that we were successful in the first round among such successful companies and brands and that we advanced. We’ve embarked on a very difficult journey and right now we can’t see the end of the road. The European Business Awards is widely respected as a forum of the most dynamic European companies. We look forward to the next round and are confident that we will be successful.”

Last year, companies from 28 EU member nations with a total turnover of more than 1 trillion euro participated in the European Business Awards. This represents 8.23% of GDP of the entire EU and Turkey, Armenia, Georgia, and Kazakhstan. Altogether, these companies employ more than 2.7 million people in Europe.

All the companies that advance to the next round must submit a video that will be viewed by a jury of experts. The public will have the opportunity to vote for the national champions from each country and winning companies will become the “national public champions.” One of these companies will then be named the “European public champion.”
Voting begins in November, 2013.