European Parliament calls on Commission to consider breaking up Google 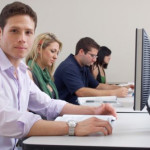 In a move widely seen as targeting Google, European Union legislators have called on antitrust regulators to consider unbundling search engines from other commercial services as a way of maintaining competition in the search market.

While the non-binding resolution adopted by the European Parliament on Thursday didn’t mention Google, the company is the obvious target, with about 90 percent of the European search market.

The E.U.’s executive arm, the European Commission, has been conducting an antitrust investigation into Google since 2010, examining the company’s promotion of its own services in search results among other things, but has proven reluctant to enforce penalties and has struggled to reach a settlement with the company.

In approving the resolution by 384 votes to 174 on Thursday the Parliament sent a strong signal to the Commission to address such antitrust concerns more forcefully, one to which it will have to respond.

Although the resolution roiled diplomatic relations with the U.S., it will have little effect on the Commission’s investigation of Google, nor on Google, which Parliament does not have the power to break up.

Google declined to comment, but the Computer and Communications Industry Association (CCIA), of which Google is a member, stepped up to criticize the Parliament’s decision.

“Unbundling of companies is an extreme and unworkable solution that makes no sense in fast moving online markets. While clearly targeting Google, the parliament is in fact suggesting all search companies, or online companies with a search facility, may need to be separated. This is of great concern as we try to create a digital single market, and the right conditions for innovators, in the EU,”

Adoption of the resolution was clearly designed to increase the pressure on competition Commissioner Margrethe Vestager, he added. “Sound competition policy is too important to a well-functioning economy to let it be influenced by anything but the facts and the law. Interjecting politics into independent legal proceedings undermines the credibility of competition investigations and thus confidence in markets.”

The Members of the European Parliament behind the motion stressed earlier this week that breaking up Google is only one of the options to solve the issues with the company. Other options include introducing a rotation mechanism to display commercial services from Google and its competitors in the same location and with the same prominence on the search results page. Adopting legal measures specifically aimed at the search market could also solve the problems.

While the issue of search engine unbundling gathered the most attention, the resolution covers many more issues to do with the digital economy.