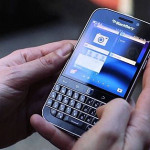 BlackBerry-loving device clutchers are facing a tricky choice if they wish to continue to interact with their friends: WhatsApp, Facebook and Facebook Messenger all hit the “unfriend” button on the struggling phone maker’s latest operating system, BlackBerry 10.

Facebook-owned WhatsApp made a hesitant and half-hearted debut on the BlackBerry platform three years ago, and announced at the tail-end of last month that it was rescinding that decision.

“While these mobile devices have been an important part of our story, they don’t offer the kind of capabilities we need to expand our app’s features in the future,”

They are shutting down support for BlackBerry, along with operating systems like Symbian S60, S40 and ancient versions of Android.

This week, Facebook and Facebook Messenger are following in WhatsApp’s footsteps, announcing that both will stop supporting BlackBerry’s own OS later this year.

Of course, BlackBerry models running Android, such as the BlackBerry Priv, will continue to be able to run the Android version of Facebook’s apps.

“We are extremely disappointed in their decision as we know so many users love these apps. We fought back to work with WhatsApp and Facebook to change their minds, but at this time, their decision stands,”

Facebook said that 99.5 percent of smartphone sales today are covered by mobile phone operating systems from Apple, Google and Microsoft.

BlackBerry users will continue to be able to use the mobile web version of Facebook to post and consume content, but without a native client, it will be hard to deliver a reasonable user experience for BlackBerry 10 users.

Having said that, not all hope is gone: BlackBerry 10 does support Android apps as well, via – bizarrely enough – the Amazon app store.

For customers who care about social media, this move likely means buying a BlackBerry is off the table, which is undoubtedly a hard blow for the company.

On the other hand, BlackBerry has been aimed more at the corporate/enterprise market for a long time, and it’s possible that the lack of native social media clients is less of an issue for that reason.

It’s unclear whether Facebook’s vote of no confidence is just a little bump in the road, or yet another sign that BlackBerry is circling the drain. The stock market doesn’t appear to have reacted negatively to the breaking news, but I, for one, am happy I don’t own any BlackBerry stock.