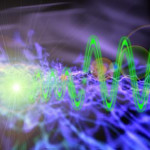 The number of new IT and business process outsourcing contracts worldwide dropped by 20 percent to 411 in the second quarter from 516 in the same quarter a year ago, with average contract values also sliding, a research firm said.

“The market is growing, but the pace of growth is slowing down,” said Salil Dani, practice director for global sourcing at Everest Group, on Friday.

The reduction in number of outsourcing contracts can be partly put down to the debt crisis in Europe and other economic factors. The discretionary spending on IT in Europe is largely on hold, Dani said.

But buyers in the U.S. particularly from the public sector are also shying away from outsourcing because of the anti-offshoring debate in the run up to the U.S. presidential elections, according to Dani.

Although some customers in the U.S. have started outsourcing to smaller cities within the country, these contracts are few in number because they cannot get the cost advantage and the large number of staff that locations like India or the Philippines can offer, he said.

Everest said its estimate of outsourcing contracts is based on publicly disclosed data, and included entirely new transactions as well as some renewals of earlier deals.

The annualized value of the new reported contracts in the second quarter was US$2.3 billion in contrast to $2.6 billion in the same period last year, according to research released by Everest. Annualized value is the value of a contract divided by its duration. The number of contracts have been sliding for some quarters now, Dani said.

Information Services Group reported in July that the total value of commercial outsourcing contracts (TCV) was up 7 percent in the second quarter from the same quarter a year ago. Its TPI Index, which covers outsourcing contracts worth $25 million or more, measured total contract value of $21.4 billion in the quarter.

A lot of the business particularly in Asia and Latin America, and to an extent in North America and Europe consists of smaller contracts with value of less than $25 million, Dani said.