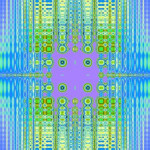 On the 5th of May 2012 a Latvian bank AS Latvijas Biznesa banka (Latvian Business Bank) finished the project on implementation and started operation of BIS FORPOST and Internet Banking in on a large-scale basis.

Latvian Business Bank was established in 1992 and provides its customers a full range of financial solutions and products. After the reorganisation in 2011, the bank set a goal to maintain its activity as that of a universal credit institution and to reinforce its positions both in retail and corporate business. In order to reach long-term goals it was decided to implement a new hi-tech solution, which would ensure the growth of the bank.

Inesis Feiferis, Chairman of the Board of Latvian Business Bank, said,” We have purchased BIS FORPOST taking into consideration high technological possibilities of the system as well as its price. In the course of implementation and working with the system we became even more determined in having made the right choice. Work assisted by the specialists of the vendor company was carried on at high speed owing to their attentive approach and high qualification, enabling the system to go live faster than average”.

The agreement on FORPOST purchasing was signed in October 2011, and already in the beginning of May 2012, the system has been launched in the bank. Actually, the implementation took up half a year, which is rather a short term for implementation of a project of such a scope.

Executive director of the Forbis Company Larisa Shilovets stated, “We are glad to mark out the fact that the bank launched BIS FORPOST virtually on its own, with minimum support and assistance from Forbis. Such a result was achieved owing to high competence of the bank specialists and basically full adaptation of BIS FORPOST to the requirements of Latvian regulation. It is not the only project of the company carried out in Latvia, Forbis constantly strengthens its positions in the country. The final goal of the project on BIS FORPOST implementation in LBB is to lead the bank to a fundamentally new level of quality of customer servicing, and offering attractive products at minimum expenses”.

The efficient implementation was much made for well-considered, strategic approach to the project. The Forbis Company in practice is following international standards of project management, and the experience shows that an appropriate organisation of the processes in the bank plays a significant role too. Either of the parties sought one goal while sticking to the plan without lingering too long at minor issues. The bank was provided with the set of the FORPOST system in accordance with the “best of the breed” method, and was offered the most efficient configuration of the system with gained experience while working in different banks. In the course of the project on implementation minimum additional revisions were made.
CEO of the Forbis Company Andrej Zujev marked out, “In such huge projects as implementation of banking systems a human factor is of primary importance, and we are glad to state that the success of the project in LBB is largely determined by a responsible approach to what was being done.

The top management of Latvian Business Bank made a reasonable decision, having weighed long-term perspectives of development as well as the advantages of new technologies offered by the FORPOST system. The IT department of the bank hired highly qualified specialists, having great experience of work with BIS FORPOST, and being interested in the challenges of the complex project. And the employees of the Forbis Company made all their efforts for efficient solving of the arising issues”.

Implementation of FORPOST in Latvian Business Bank will give the bank an opportunity to easily and quickly adapt to dynamically changing market and increase the efficiency and competitiveness.