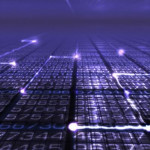 Lead analyst Andrew Bartels says IT spending experienced a good run with near 10 percent growth in 2011; that will slow to about 5 percent this year (U.S. and globally) and rebound to 8 percent in 2013. Debt burdens have hurt Europe and rippled east and south into Africa. Asia and Americas spending will offset those declines overall. One new effect, Bartels says, is that exchange rates will become a bigger factor in technology vendor plans.

Among other themes noted in Forrester’s report:

Large vendors will struggle to manage a shift from older technology platforms through more acquisitions of providers tuned to analytics and other new technologies. “Process oriented apps are the older generation,” Bartels says, “the newer apps are more collaborative and designed to make more productive and effective use of time and decision-making.

Government and corporate spending on Apple equipment will grow dramatically and reach $28 billion in 2013 (from $6 billion in 2010), a reflection of the consumerization of IT through devices like the iPhone and iPad. Wintel PCs and devices still represent the lion’s share of spending, but will decline by 3 percent in 2012.

Cloud and “Smart Computing” (process oriented and business intelligence systems) will continue to drive software growth. Among software as a service offerings, growth will move strongly but from a small base especially in new service categories for talent management, supplier risk and performance management.

Technology shifts will also increase demand for IT consulting services, where IT outsourcing has lagged behind project-based consulting and systems integration services. Newer SaaS categories will lessen the need for system integration, so more consulting will be dedicated to guidance for companies seeking to take advantage of new technologies and devices.

Bartels says the role of services will increase, based on its deployment model as much as cost savings. “The role for SaaS is going to be in categories where the nature of collaboration will be for people in the office, on the road, contractors, consultants, suppliers and customers,” where Internet access is a better design than trying to tunnel through the firewall, he says.