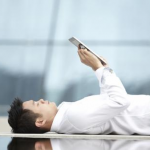 Google appears to be throwing in the towel in its fight against rivals Facebook and Twitter, and will now decouple its Google+ social network from its main businesses.

Bradley Horowitz, Google’s vice-president of streams, photos and sharing said in the coming months, users will no longer need a Google+ profile to share content, communicate with contacts and more.

Video sharing and publishing platform YouTube will be the first Google property to make the change, Horowitz said.

He said Google+ was set up to help people discover and share things across Google as they do in real life, but admitted the company did not get it right.

“While we got certain things right, we made a few choices that, in hindsight, we’ve needed to rethink,”

Google+ features such as Photos have already been moved, and location sharing will be shifted into Hangouts instant messager and other apps.

The online giant had been targeting brands with Google+, as well as small to medium businesses, asking them to establish presences on its social network and use features such as mapping and linking to properties like YouTube to promote themselves to a claimed 300 million users.

Google+ kicked off in 2011 as an answer to burgeoning social networks Facebook and Twitter, but struggled to gain acceptance among internet users.

Although Google+ nominally has 2.5 billion users, making it the largest social network in the world by far, an April survey of just over half a million subscribers by a US consulting firm showed around 90 percent of profiles were empty.

“Google will make it easier to remove public Google+ profiles for those who no longer wish to use them,”