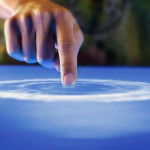 Google’s decision to buy came a few months after Lumedyne had demonstrated a working prototype of an accelerometer based on something called time-domain switching technology, the report said.

One of the problems with navigstion systems based on today’s inertial sensors is that errors can build up over time so that after a few hours in a shopping mall today’s smartphones indicate you are in the parking lot.

However, Google’s interest in Lumedyne may be more for use of the technology outdoors than indoors, for example within autonomous vehicles.

Lumedyne was co-founded in 2006 as Omega Sensors by Brad Chisum (CEO) and Richard Waters (CTO) based on MEMS sensor technology that Waters had developed during his time at the Space and Naval Warfare Systems Center (SPAWAR) SSC Pacific in San Diego.

The technology is licensed from the SPAWAR lab operated by the US Navy in San Diego.

TDS sensors are inherently digital and do not require complex signal conditioning or ASICs.

As a result, TDS sensors have simpler electronics than conventional MEMS sensors saving size, power, and ultimately cost, the company states on its website.

In addition, the technology is applicable to many different types of sensor and circuit including; MEMS clocks, analog-to-digital converters, pressure sensors, acoustic sensors and chemical and biological sensors and can produce performance benefits in smaller form factor and at lower power, the company claims.

The company says that initially it plans to use the TDS technology to create accelerometers and gyroscopes for use across the spectrum from consumer electronics up to military navigation in satellites and airplanes.

So while conventional multi-axis accelerometers have become relatively inexpensive through economies of scale in manufacturing Lumedyne’s TDS-based equivalents would be smaller, consume less power and be lower cost to manufacture.

“The acquirer of Lumedyne is not public and has not been disclosed.”