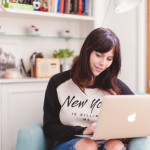 Google is now letting iPhone and iPad users take a cutting-edge version of its browser for a spin.

The company on Friday quietly launched a new Chrome for iOS public beta program, which leverages Apple’s TestFlight system to give users the chance to try out a new version of the browser.

Users can sign up by going to Google’s Chrome Beta page on their iOS device, and they’ll then be taken to a form where they can enter their name, email address and agree to Chrome’s terms of service. After that, Google will send an email to confirm their email address.

Opting into the beta program ought to give users access to a version of the Chrome app that will have features before consumers get access to them. According to a post by 9to5Mac, that includes a new app icon that takes advantage of the 3D Touch capabilities built into the iPhone 6S and 6S Plus.

Users can press down hard on the Chrome beta icon and get a quick access menu for running a Web search and opening new tabs in both a standard browser window and Chrome’s Incognito Mode.

However, while it’s possible to put in your name for inclusion in Google’s beta program, it’s not clear how many people will actually get access to it.

Apple now allows developers to test early versions of their apps with up to 2,000 people through TestFlight, and it seems like Google has already hit that cap.

I applied to join the program with two different email addresses (one already associated with a TestFlight account, one not) and neither of them have been invited to join the beta.

Google may be taking in sign-ups and then weeding out inactive users in order to make room for other testers, but it seems like this program is likely going to be limited to an elite few, at least for the time being.

Like other beta software offerings, the Chrome beta isn’t designed to be the best option for people who want a bug-free browsing experience. Instead, the best people to take part in this testing will be those who want to try out the latest features and don’t mind a few rough edges.