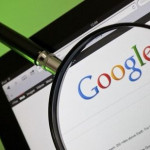 Google is expanding further into Europe with local operations that will focus on commercial activities rather than R&D.

Google has confirmed plans to expand into Bulgaria, after almost two years of rumors and speculation about the move.

The company registered Google Bulgaria EOOD with local authorities earlier this month, and local media are reporting that the unit will focus on commercial activities, rather than R&D.

The tech giant made a similar move in Lithuania at around the same time. Both subsidiaries will ultimately be headed up by Graham Law, finance director of Google’s operations in Europe, Middle East and Africa, who is based in Ireland.

Lithuanian president Dalia Grybauskaite first announced Google’s intention to expand into Lithuania in late January, while attending the World Economic Forum in Davos, Switzerland. Back in Bulgaria, president Rosen Plevneliev mentioned that Google has plans in Bulgaria after visiting the US two years ago.

“We are opening a small office in Bulgaria in order to be closer to local companies, to help them benefit from the growth of the global network,”

a spokesperson for Google Bulgaria told local website www.capital.bg. Google did not respond to a request for comment from ZDNet.

The company said there will only be a few employees at first, working for Google Bulgaria EOOD, but it may be possible to grow business in the country “depending on the dynamics of local internet consumption”.

According to Google, the office will help local businesses make the most of the company’s online services.

“Google already has a number of services for the local market, which Bulgarians love and use every day, including search, YouTube, Maps, and many others, and we want to continue offering products which make people’s life easier,”

“It is important to note that employees who work for [Google] Bulgaria aren’t just those that are actually based here. We have many employees around the world who maintain and develop the localised country services and products we offer,”

Google’s official statements regarding Bulgaria are similar to the ones it made four years ago, when the company opened an office in the neighboring country of Romania. According to the latest data available from the Ministry of Public Finance, Google had 11 employees in Romania in 2013.

Bulgaria’s IT sector employs over 20,000 software engineers in R&D companies, while another 20,000 work in outsourcing. HP, IBM, Microsoft, Oracle, SAP, and VMWare are all active in the country, and most have been experiencing double-digit growth in the local market in the past years, a trend that is expected to continue.

The search giant plans to locate sales and marketing teams in Lithuania, which will work with large customers and partners all across the Baltic region, according to the local media. The number of the employees in the country is unknown.

“When choosing the location of the office, we are considering many criteria and we hope that the office in Lithuania will help improve the efficiency of our operations in the region,”

Vytautas Kubilius, business development manager for the Baltic countries at Google, was quoted as saying in a press release from Invest Lithuania, the government’s foreign investment promotion agency.

The startup community in the Baltic region was one of the reasons for Google to open an office in the country. Lithuania is said to have been on Google’s shortlist of sites when it was looking to build a new datacentre in Europe in 2008. The company later built the facility in Finland.