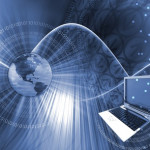 The creators of the software development company Webmedia consider their age as the foundation of their success. “As we are young, we need to find new approaches in production, and in management. We haven’t had the chance to copy someone else – we had to find our own way and be bold enough to follow it through,“ said Taavi Kotka, CEO of Webmedia Estonia. According to Priit Alamäe, chairman of the board at Webmedia Group, a crucial characteristic of an entrepreneur is the courage to find new ways to do things.

“Maybe now that there is such a great deal of uncertainty in the European economy, and the centre of attention has shifted from bankruptcies of companies to that of countries, it is a good moment to reflect upon the role and value of economy in society,” said Ranno Tingas, partner in charge of the Ernst & Young’s Estonian Entrepreneur of the Year programme, at the event. “In order for entrepreneurs to do their job well, they must be given recognition. Passion, hard work and dedication are synonyms for entrepreneurship, a driving force.”