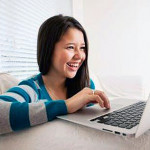 The strategy for building a digital single market is a strong candidate as a priority of the Slovak Presidency of the Council of the EU.

This was said yesterday (May 11) by State Secretary of the Ministry of Foreign and European Affairs of the Slovak Republic Peter Javorčík at the National Convent on EU workshop, which delved into the discussion on the contents of the Presidency. 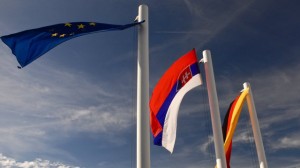 “The digital agenda is a hot topic not only in Brussels but also for Slovakia, as an open and industrial economy. The point is not whether this topic will be present but whether we will hitch up to the imaginary train,”

said Javorčík in his precise, adding that it’s good to catch a modernization wave.

The invitation to discuss the digital single market as a possible Presidency priority was accepted by Vladimír Šucha (Joint Research Center of the EC), Ivan Štefanec (European Parliament), Radoslav Repa (Permanent Representation of the Slovak Republic to the EU), and Dominik Brichta (Electronic Star). They discussed several aspects of the digital marketplace, including e-commerce, big data processing and data protection.

“It is an ambitious and complicated issue with many technical and political aspects. We will have to face all of this,”

A possible pathway to the digital single market was proposed by the European Commission on May 6. It contains 16 initiatives grouped into three pillars: better online access of consumers and businesses to digital goods and services in the entire EU; appropriate and equal conditions for digital networks and development of innovation services; maximizing the growth potential of the digital economy.
All in all, the objective is to tear down regulatory walls and move from 28 national markets to a single market. This could, according to the European Commission, contribute €415 billion per year to the economy and create hundreds of jobs.

We do not sufficiently use the potential of digital technologies as the digital marketplace is fragmented and full of “barriers” disabling free movement of electronic services and commerce. Pursuant to the data of the European Commission, for example only 15 percent of Europeans shop online from another EU country and only 7 percent of small and medium enterprises sell cross-border.

The workshops of the National Convent on EU are organized by the Ministry of Foreign and European Affairs in cooperation with the Center for European Affairs. This has already been the fourth workshop on the contents of the Presidency (the topics so far have been as follows: cohesion, employment, energy union). Another session will be held at the turn of June and July 2015 (fiscal instruments of the euro area).