How Can German Entities Adopt a More International Sourcing Strategy … Without Upsetting the Apple Cart? 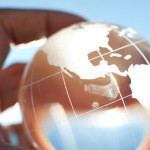 We’ve previously documented a snapshot of where German businesses stand on services delivery models. In summary, these are generally in-country or near-shore based, with limited appetite for starting a conversation about offshoring (or even: starting an offshore conversation). So, what can companies do to maximise their non-core support services? Professor Soeren Dressler from the Hochschule für Technik und Wirtschaft Berlin (University of Applied Sciences), offers suggestions.

To what extent are companies in Germany evaluating a shared services type of model?

I would say that nearly all of German companies are thinking about shared services. They may not call it that – frequently it’s referred to as “bundling” or “centralisation”, but it amounts to the same thing: how to simplify and standardise your non-core business processes in a cost effective, and increasingly value add, framework. I’d say 99% of German CFOs are challenging their organisations to utilise a shared services model in some shape or form.

How far are German companies’ willing to go to take on some of the “offshoring risk” that we know raises concerns?

This kind of a decision depends entirely on a company’s international business profile. If a company already has an international sales and production presence, in other words, if it’s core processes are already operating internationally, then support services can and should certainly follow. But on the other hand if more than 90% of your core processes are in country, then it makes sense to keep 90% of the administrative support in company, too.

What are the arbitrage drivers that could induce an organisation to reconsider its current delivery model?

It’s still first and foremost about cost, and labour is a key factor for cost. So if we assume that labour is a core arbitrage factor, then it’s important to recognise that within Germany itself there are cost differentials of up to 25% in the labour market. Berlin, for example, offers wages 25% below that of some of the main business centres, and with its many universities and its multinational population, and competitive rental market, is an attractive location for services centres.

On the other hand, the biggest impact on efficiency comes from the standardisation of process and technology, and from economies of scale. And that is where German companies can drive the most efficiency. Most of the mid market firms operating mainly or predominantly in country have a strongly regionalised approach. That means a lot of different legal entities and a very fragmented back office structure. There are tremendous savings to be gained by moving this kind of the structure into a shared services model, or what we refer to as “bundling” or “centralizing” in Germany. The effect is multiplied when combining multiple-functions into one central organisation, and locating in one of Germany’s low-cost areas.

What stands in the way of German companies making these changes?

A couple of things do, though we are seeing changes. First of all, the traditional hierarchy of German business makes introducing changes somewhat more complicated as compared to the “flatter” Anglo-Saxon business environment. Turf protectionism is strong, and is a very resistant force when encountering change initiatives. However as I say, I do see a change here, as markets become more open and as the impact of international operations makes itself felt on German business.

The other thing is that it is not easy to shift jobs within the country – though not impossible. If a company wants to shift its AP centre, for example, to Berlin, it would need to offer the same role and salary to its existing staff in Frankfurt, for example. Given the less mobile labour market, taking severance then becomes an option, in which case a company is able to offer a new “job” in Berlin, at a lower cost. So it is not easy to shift labour costs, but it can be done.

How do German companies make sourcing decisions? With the help of consultants or do they strategise internally?

I don’t think I have come across one company that has made a major BPO outsourcing decision without the support of a consultant, here. Most companies will choose to leverage a third party to act as a coach and to benchmark against what others are doing. The really big companies will often get a whole army of consultants involved in a project, not just to provide planning support but also for implementation. Very few will engage directly with an outsource provider, as opposed to the US, where this is fairly common.

What we do see happening a lot, on the other hand, is that providers like CapGemini, IBM, or Accenture leverage their consulting arm to form a relationship and provide guidance on sourcing. This offers an opportunity for these consultancies’ BPO sectors to follow with an implementation solution. So it is very much the consultancy-led approach, and the guiding of the project from business case to implementation, that works.

What about pure play BPO firms. Do they have an active presence?

Pure BPO providers like Cognizant and Genpact, for example, are finding it harder to get a foothold in the German market, or even to get a conversation going, because their USP [unique selling proposition] tends to be, “Here at the numbers, here’s what we can do for you, and here are the results”. But in taking that approach, they overlook the importance of guiding companies through the change.

What many of the larger BPO firms still overlook is that the German market ticks differently. Again, you have to differentiate the global players who will already have links to international BPO providers in other markets; but the majority of the mid market firms, with a strong German heritage, feel uncomfortable in having such a blunt discussion with offshore-based operators. So this kind of cultural mismatch can cost the provider the business, and prevent companies from leveraging a more efficient sourcing model.

So why is BPO still not been taken up by German companies?

As anyone working in Germany can tell you, there’s a very different culture within German companies, and workers councils have a strong influence. It’s not like the US, for example, where you can open up and close down businesses relatively easily. Most of the international BPO players don’t yet have the finesse to deal with German markets. They come in and talk about numbers, they talk about the cost that can be cut by moving services offshore, but they are insensitive to the impact this has on companies’ public reputation.

Are German companies missing an opportunity by not leveraging services delivery centres outside the country?

There are locational opportunities for sure, but we often refer to the “myth of the offshoring wonderland” – a country where you can find thousands of educated young people working on low salaries and providing the best service you could possibly dream of. It’s a fairy tale. The reality is that you need to match a sourcing strategy closely and carefully to your business strategy. And as anyone who’s set up captive centres will tell you – there’s a lot of hard work in store, and there are a lot of unexpected costs associated with managing a remote location, even if the long-term benefits make a strong business case.

I believe for German companies it makes sense to leverage the shared services and possibly BPO model, but to do so either from onshore locations or nearshore locations, so areas in eastern Germany, or countries like Poland, Hungary, or the Czech Republic.

German companies will be loath to give up control of processes to operations in India, or China. But if some of the larger BPO entity’s way to set up centres in Germany, that would be a tremendous first step towards familiarizing German companies with the BPO concept. From that, we’d have to wait and see.

First of all, you need to have a certain scale to benefit from automation. Take, for example, image processing through an OCR system. If you don’t have sufficient scale to get the returns on investment, the costs are prohibitive. This is one area, on the other hand, where companies might be willing to have a discussion about outsourcing. So while much of the world is having conversations with BPO providers about broadening scope, and moving end-to-end, in Germany, outsourcing’s main opportunities lie in picking off individual parts of the process – like digitizing invoices, or archiving documents, or incoming mail room. Added to automatic integration into an SAP system, this presents a compelling proposition and can easily be provided from an onshore or nearshore centre, which counters the other concerns we talked about earlier.

Automation does have its flip side, of course. Many German companies suffered a significant downturn in business after the global economic crisis of 2008. Some of the country’s biggest organisations experienced a 30% or so drop in invoices. If you’d recently invested heavily in technology and automation, you were certainly experiencing a negative payback. So that kind of investment is a high risk for many.

How would you advise providers wanting to expand their business in Germany?

A couple of things I’d emphasise:

First, it’s important to have a complete understanding of the significance of works councils when dealing with a German entity. All discussions have to be sensitive to the fact that you cannot easily consider moving jobs out of Germany, or even within the country. So leveraging FTEs (Full Time Employees] is not the angle.

Secondly, a more tentative consulting-based approach will yield better results than a numbers-, or outcome-based conversation. A certain cultural sensitivity is required when engaging German customers.

Third, it’s important to understand the management structure and hierarchical nature of German businesses. Right now, the German market lacks BPO providers that are empathetic to German business models. The few home-grown versions that do exist don’t have the global scope or scale to be sufficiently attractive.

And finally, the public response to even whispered suggestions regarding changes in delivery models can have dangerous repercussions. German companies are very sensitive to any news that impacts jobs. The resulting backlash can take years to overcome, and can end careers.

What represents the biggest opportunity for organisational operating efficiencies?

The biggest opportunity lies with those mid-cap companies employing between 5,000 to 30,000 employees, with a somewhat international footprint. The biggest wins, if you like, are first to centralise into a shared services model for as many functions as you can lift and shift; then to research whether you can leverage a more cost-optimised location in-country or near shore.

We are also seeing a couple of models that follow a low-risk path of contracting for a “build, operate, transfer” solution. This means that a provider sets up a shared services onshore, with the customer’s staff, runs it on the customer’s behalf for a while, and then, at a later date, takes ownership and integrates the centre into the provider’s delivery model.

HP and Nestlé are a great example of that model at work. What this does is take away the risk or fear of the unknown, and it allows a company to gain trust in the partnership, subsequently monetizing it.

Whatever solution finally takes hold in country will need to be sympathetic to the need to develop strong, locally branded services centre that offer business continuity and customer proximity, That is what will define services delivery success here.

Thank you, Sören, for taking my questions.