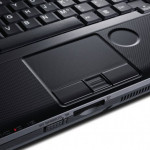 Contract terms for outsourcing continue to change with the times, at least at the margins. The body of contractual best practices changes little in regard to specific terms available for governing outsourcing transactions, but their relative importance can shift in response to both ongoing and emerging risks. In 2009, for example, concerns over Satyam’s sudden collapse and terrorism in Mumbai made customers keenly aware of their reliance on key service providers and how fragile they could be. But since then, Satyam is back solidly under new ownership (now Mahindra Satyam), and security measures in India and elsewhere have kept terrorism’s specter largely at bay. While the risk of terrorism or a sudden failure of a key supplier — then top of mind — have fallen in priorities, new issues have emerged as more likely near-term concerns.

After a punishing recession, the industry has returned to growth, resulting in renewed upward pressure on rates and fees. Now that the balance of power between supplier and customer has shifted, cost increases are of significant concern given cost pressures building in key locations like India. Moreover, the question of liability is taking center stage in some contract scenarios involving the transition of existing services to the cloud.

Liability is usually among the most contentious terms in negotiating outsourcing transactions, and clients are paying closer attention to liability clauses as their interest in cloud increases. A number of Forrester clients have found recently that “cloud” service providers are not always willing to accept liability for exposure of critical data. As a result, one recent Forrester client felt compelled to walk away.
Update change of ownership provisions to protect against industry consolidation

The time-honored strategy allowing for termination based on change-of-control takes on heightened significance with accelerating industry consolidation. Although it is impossible to predict what specific entities will be subject to consolidation, clients can expect continued volatility in the SaaS and cloud segments. Remember that change-of-control is a two-way street. For example, when TXU was acquired by private equity firms including KKR, TPG, and Goldman Sachs to become Energy Future Holdings (EFH), it chose to terminate an admittedly ill-conceived existing outsourcing agreement with Capgemini and recast the deal as a multisourcing arrangement in which Capgemini now participates.

Gone are the days when customers could routinely demand — and receive — concessions on their rate cards. But clients need to be careful that suppliers do not turn the tables too far in their own direction. Some accommodation can be appropriate, particularly for expiring contracts that had a long duration, but it’s the responsibility of clients to link ongoing increases to reputable labor cost surveys — and remember that managed services costs normally go down over time. Also clients need to look out for provisions that allow suppliers to raise prices up to a certain percentage without either permission or pushback from the client, which Forrester has seen in several recent contracts.

Some additional terms have regained new urgency given the changing nature of outsourcing engagements themselves. Consider the following:
Transition assistance remains of critical importance

With industry consolidation on the rise, sourcing teams should become more aggressive in securing transition assistance in a contract with adequate discussion of timeframes and payment provisions. Keep in mind that the requirement should apply whether the client transitions the work back in-house or to another provider. A clearly specified division of responsibilities is another important aspect of planning for transition requirements.
Key personnel provisions are not just for managerial roles any more

Savvy sourcing managers know that access to the supplier’s “A team” contributes to success. Adding key personnel provisions to retain access to administrative and managerial talent from key suppliers is a time-honored approach to reinforce continuity of service. Forrester clients are finding, however, that such provisions are also useful for key technical roles in cases where the skills are critical to success and where the customer wishes to avoid a lengthy ramp-up period.

Align termination fees with length and type of contract

As outsourcing contracts get shorter and less asset-intensive, the nature and purpose of termination provisions evolves. In this environment, onerous termination provisions may not always reflect a supplier’s legitimate need to recoup investment on behalf of the customer but represent a mere penalty and should be minimized or avoided altogether. Generally speaking, suppliers will seek to recover costs incurred in both winning and servicing their contracts, so sourcing executives going into the contract phase should be mindful of supplier selling and delivery costs.