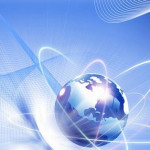 The unranked lists were released at the opening day of IAOP’s 2012 Outsourcing World Summit, at Disney’s Contemporary Resort in Lake Buena Vista, Florida.

The association recognized the companies named to the lists at its 15th annual summit that brought together hundreds of outsourcing customers, advisors and providers from around the globe to share strategies for success in today’s economy.

“The companies on this year’s Global Outsourcing 100 list represent the elite in our field, hailing from every corner of the globe and providing an extensive array of cutting-edge services,” said IAOP CEO Debi Hamill. “Each year the competition to be named to the top 100 companies continues to reach higher levels, as the outsourcing industry continues to grow and mature in many markets.”

Rankings of the companies on both lists will be unveiled in a special advertising section in the July 23rd global issue of FORTUNE® magazine.

“Being named to The Global Outsourcing 100 and The World’s Best Outsourcing Advisors is a great recognition, particularly given the strong competition,” said IAOP Managing Director of Thought Leadership, Jagdish Dalal, COP. “These companies should be proud of achieving excellence in the field.”