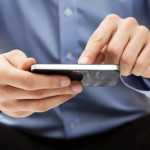 Slovakia ranks second, after Croatia, in terms of internet accesses via devices other than PCs, the AIMonitor study by Gemius revealed, covering the period from January 15 to February 15.

Web browsing is gradually moving to mobile devices, with people connecting via smartphones and tablets, as well as game consoles, TV and DVD and Blu-Ray players.

The data does not include accesses via applications in smartphones, tablets and other devices but exclusively via mobile browsers.