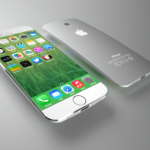 Consumers eyeing the iPhone 7 may be able to preorder it starting Friday, September 9.

No, Apple hasn’t announced anything. Rather, the purported preorder date was leaked in a tweet Wednesday night from generally reliable leaker Evan Blass, aka @evleaks. Blass’ tweet said simply: “Confirmed: Pre-orders start on the 9th. You can extrapolate the launch event date from there.”

Blass didn’t reveal where he got the information, but September 9 is around the same date last year when preorders for the iPhone 6S and iPhone 6S Plus started, namely September 12.

Blass’ suggestion to “extrapolate the launch event date from there” is easy enough since iPhone sales typically kick off a week after preorders start. On Saturday, Blass already offered a tip via Twitter that the iPhone 7 will launch Friday, September 16.

Analysts and other Apple watchers will be paying close attention to preorder and launch weekend numbers for the iPhone 7. Apple’s smartphone sales have declined the past two quarters, leaving the company stuck trying to find a way to boost demand.

Many reports say this year’s model will offer only modest changes and that Apple is saving major enhancements for next year’s edition, but that is all speculation based on limited knowledge.

The home button for the new phone will be flat, flush with the surface of the screen, according to Japanese blog site Makotakara. Rather than being the traditional physical button of iPhones past that gives when you press it, the new button would simply respond with a vibration when touched. That could open the door for a 3D Touch-type feature to make its way to the home button.

Apple did not immediately respond to CNET’s request for comment.