Is It Time to Insource in the Age of Outsourcing? 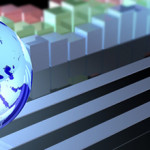 Most people probably do not consider how outsourcing is a natural occurrence in any size business. Small businesses outsource most things, for instance a restaurant does not make its paper cups, it buys them from somewhere else, just as it outsources the printing of marketing material. This is a very simple concept, and it is the exact reason that the economy is so robust and we have so many industries and sub-sectors. Large companies, even with their economies of scale cannot be 100% vertically and horizontally integrated. Okay so, let’s talk.

Why you ask? Because, heck it’s an election year, and everyone is focused on the economy (it’s the economy stupid) and jobs. That makes sense considering our “official” unemployment rate of 8.5% which is probably a lot higher in reality, again, government figures, election year, enough said – go figure!

There was an interesting article recently in Industry Week Online News Titled: “U.S. Needs to Make and Sell Products that Say ‘Made in America’ Says Obama” edited by Adrienne Selko and published on January 12, 2012 which stated;

“I don’t want the next generation of manufacturing jobs taking root in China or Germany. I want them taking root in Michigan, Ohio, Virginia, and North Carolina.” And, “At his “Insourcing American Jobs” forum with business leaders, Obama talked about his hope for the future. “I don’t want America to be a nation that’s primarily known for financial speculation and racking up debt buying stuff from other nations. I want us to be known for making and selling products all over the world stamped with three proud words: “Made in America.”

Yes, it’s all good, positive reinforcement of what the unions and workers, the unemployed and the manufacturing industry here wants to have said, but let’s not get too hasty, some of that outsourcing keeps prices low for components, thus, keeps companies in business here, and allows them to still compete in global markets as well. America should do what its good at, just as the EU, Australia, Mexico, Canada, and all of Asia must do.

We need to compete in these global markets, make the best products, and thus, continue to enjoy the demand for “Made in the USA” items. We’ve done quite well over the years, and yes, now it’s hard to compete with low-cost labor, but China, India, and other nations are not without their own challenges and problems, so we must focus on what we do best, step back from protectionism words of slander, or accusations, and compete. Please consider all this and think on it.