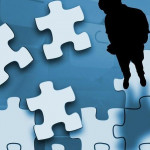 The worst is over, says India’s IT industry. Despite a persisting crisis in Europe and fears of a fresh round of recession in the US – two of its biggest markets – India’s information technology and IT-enabled service exports are expected to grow by at least 11% in the current fiscal year.

The National Association of Software and Service Companies (Nasscom) said on Monday this growth rate corresponded to the minimum of the 11 to 14% growth it had indicated earlier this year. Exports are expected to cross the milestone mark of $75 billion, up from $68.7 billion last year.

“The industry performance for the past half year has demonstrated the sector’s ability to innovate and deliver in enabling growth of customer businesses in challenging times,” said N Chandrasekharan, Nasscom’s chairman and the CEO of Tata Consultancy Services.

“The worst is behind us,” said Som Mittal, Nasscom’s president. “Our customers are seeing growth. Improved hiring and revenue in the first half hint at renewed growth.”

He said there are some lingering concerns such as a large rejection rate of visa applications by the US. “There are high 30-40% rejections. Some of these are administrative in nature and can be solved through dialogue,” Mittal said.

About the impact of re-election of President Barack Obama on Indian outsourcing industry Mittal said: “The key focus of his second term will be revival of the economy. Jobs will only come back when economy does well.”

Obama has been critical of outsourcing of work by American companies to India.