IT Departments as Business Service Brokers 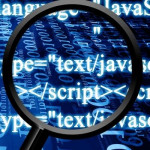 In this guest post Dr Katy Ring, director, K2 Advisory looks at how internal IT should refocus, to ensure they make the best use of commodity cloud-based services. She says,

CIOs need to consider to what extent their internal IT department is acting as a service broker.

Dr Katy Ring.JPGWe often hear of the potential demise of the IT department within the context of the Cloud. However, CIOs are expecting their IT departments to play a crucial role in ensuring Cloud services actually work within their organisations. In fact, Cloud Computing is redefining IT sourcing services quite significantly. CIOs want outcome-based Cloud contracts from vendors.

They want horizontal business process platforms to outsource their non-differentiated systems. And far from outsourcing everything, they are beefing up the in-house integration skills of their IT Departments to act as Business Service Brokers for Cloud-delivered services.

K2 Advisory has just completed a new research study, “Sourcing IT services ‘for the journey’: The impact of Cloud on Outsourcing.” Our research shows that in-house IT is expected to play a pivotal role around Cloud integration. A third of organisations we surveyed are already forging ahead to build their own in-house integration skills for Cloud-delivered services, although 43% of the market do not expect to address integration issues for another one to two years.

More than half of CIOs expect their internal IT capability to provide a service integration platform, and skills to provide business agility around the use of Cloud services. This is not something they wish to outsource.

The flexibility of the Cloud is changing the dynamics of outsourcing arrangements. Because of the speed at which services can be provisioned, CIOs need to consider to what extent their internal IT department is acting as a service broker.

Understanding how the Cloud ecosystem for IT suppliers and outsourcing providers develops will be fundamental to IT strategies. Although this is currently a nascent area, and not that well understood, we believe it will become increasingly important over the next few years, and is a crucial component of sourcing IT services.

Whilst the theory is good, large scale uptake of these contracts is unlikely in the short term due to levels of vendor risk and lack of experience from both procurement and sourcing advisors. 2012 will be a pivotal year for many organisations as they look to conduct a sizeable shift towards Cloud services, or as they start to tackle the integration challenges.

Over the next two years, the number of CIOs seeking help to integrate SaaS with legacy systems, and/or SaaS, will grow as Cloud strategies develop and usage increases. A third of organisations believe that the real challenge for them could kick-in by 2013, while a further 12% expect 2012 to be the year they require assistance.

Either way, 2012 will be a pivotal year for many organisations as they look to conduct a sizeable shift towards Cloud services, or as they start to tackle the integration challenges that are emerging following investments made this year and into 2012.

Nearly two-thirds of CIOs would use a business service platform either because it would deliver the most cost-effective solutions in selected non-differentiating areas – such as HR, Payroll, Finance and Procurement – or because it was used by their fellow industry players. There is a clear preference of broad horizontal business services, rather than sector-specific capabilities.

CIOs are keen to embrace the IT cost reduction in these areas without constraining organisational development. Highly differentiated systems designed to deliver high added value, are seen as less of a good fit for standard Cloud delivery.

End user services will also see one of the most rapid moves towards the Cloud in the near term. A small but growing number of organisations in the UK are already using Cloud-delivered desktop services, but an even greater number are looking to make the move.

We expect this to happen in the next one-to-two years. Upgrades to Microsoft Office will serve as a trigger-point for considering the transition to Cloud in most organisations.

* K2 Advisory runs the CIO Research Forum, which currently has almost 1200 CIO members. K2 Advisory’s research findings are based on 102 responses from CIOs and senior decision makers. Approximately two thirds of respondents were from organisations with more than 1,000 employees and from a variety of industry sectors.