IT Outsourcing: A Problem or Just Par for the Course? 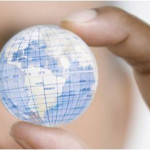 If there’s one word that is commonly associated with greed (apart, maybe, from corporations and capitalism), it’s outsourcing. The very mention of outsourcing—particularly when it involves hiring workers outside the U.S.—is enough to throw some people (particularly politicians) into a conniption fit. Outsourcing of manufacturing jobs is probably the most recognizable case; IT jobs, however, have also been outsourced extensively. But when you get down to brass tacks, is outsourcing really a problem? And if so, what are the potential, and desirable, solutions?

Many companies have outsourced in recent years, sending U.S.-based jobs overseas. We’ll skip the numbers, which are usually estimates that have a number of built-in assumptions, and simply assume that indeed, many jobs have been outsourced, and the trend will continue. Let’s instead try to break down exactly what the problem with outsourcing is. Although the focus here is primarily outsourcing of IT jobs, the same reasoning can apply to any industry.

Outsourcing generally has the connotation of involving a transfer of jobs from one country to another: in particular, from the U.S. to other nations (often, China or another Asian nation). But consider more “local” outsourcing. First, note that one of the driving forces behind today’s economy is the division of labor: individuals specialize in particular tasks, and the efforts of these individuals are aggregated to create products. Thus, some people or companies create software, others create microchips, yet others design display screens and still others create plastic cases and other parts. When all these efforts are combined, the result is a mobile phone. One company (or individual) could conceivably perform all these tasks, but this would be extremely inefficient and expensive. Furthermore, a single individual (person or company) would probably lack all the requisite talent to do all these jobs well. So, let’s say a company wants to make cell phones—that company will outsource certain tasks (probably most of the ones listed above), and will just combine the parts into a product to sell.

Naturally, a company would take this hypothetical approach to avoid tasks that it doesn’t do well, to focus on those it does do well and to save money (a small mobile phone vendor could never afford the kind of fabrication infrastructure needed to manufacture modern processors). In like manner, many companies outsource their payroll work, customer service and call desk operations, and other tasks outside the company. This is done locally (i.e., within the United States) every day. (No one complains, when a business buys new computers, that those computers weren’t designed and manufactured in house.)

Ultimately, the problem resides mostly—if not exclusively—in America’s unwillingness to accept higher prices as the consequence of higher quality and (sometimes) of “buying local.” Call it the Wal-Mart mentality, if you want. American consumerism is constantly demanding more goods at lower prices—all while likewise demanding higher wages for the same work. (This is mostly an in-group/out-group mentality: I want higher wages for myself, but I don’t want to pay more for goods so that others can likewise have higher wages.) Let’s say an entirely American-made mobile phone sells for $40, but a Chinese-made model with identical features sells for $30. Honestly, which is going to sell more? Despite the endless complaints about outsourcing, Americans will more often than not set aside their scruples in favor of getting more for less.

Another aspect of the problem is cost of living. Believe it or not, it’s high in America. You may hear often about how many foreign workers are paid the equivalent of a dollar or two an hour (or worse) for their work. Although this may still be unacceptable depending on the situation, it’s often not as bad as it sounds because the cost of living in these nations is much lower. The cost of a mobile phone is naturally going to be higher when the labor that designs and manufactures it costs more—hence, the drive to outsource to nations where labor is cheaper. Companies are motivated (in part, at least) by succeeding and making a profit: if people are unwilling to spend more to enable the company to higher more-expensive labor locally, then the company will go overseas to find cheaper labor.

This is to say that given the spending habits of the average U.S. citizen (go for the cheaper price regardless of how the company managed to make it so low), Americans are voting for outsourcing with their wallets.

The American attitude toward outsourcing is schizophrenic on a number of levels—spending habits being just one example. (Another example is the employee-employer relationship: when a worker leaves a company for a higher-paying job, that’s advancement; when a company “leaves” a worker in favor of cheaper labor, that’s disloyalty.) Thus, even if outsourcing is assumed to be a major problem that must be addressed, the nature of a practical and desirable solution is far from clear.

Ideally, the solution would simply be an “attitude adjustment”: if people don’t like outsourcing, they should boycott companies that engage in it. This type of perfectly peaceable and reasonable action will generally be effective without requiring anyone to be forced to do anything. But this approach has been tried for years in the form of advocacy for “made in the U.S.A.” and for “buying American.” You’ll find some individuals and small companies that will take this approach as best they can, but they may not have the sense that they are really accomplishing much other than appeasing their consciences.

Given the unwillingness of most people to take necessary, and voluntary, steps to induce companies to hire locally, the alternative is force—whether through taxation or regulations imposed on companies. In the former case, the government would impose some kind of financial penalty on companies that outsource or on the outsourcing itself in an effort to change their ways by being a “pain in the pocketbook.” The latter option is a simple ban or hard limit on outsourcing.

One argument for taxation or a limitation on outsourcing is that it will keep more money in the U.S., which could propel consumer spending and, thereby, the economy. But more pay for workers at home also means higher costs for products (assuming companies maintain their profit margins), which tends to counter the availability of more spending money. Of course, the actual situation in the broader economy is not that simple (in either case), as not all industries are outsourcing at the same level, and some would affected more than others by government policies imposing taxes or regulations.

Such a policy would be effective in reducing outsourcing to some extent, but it may not be desirable. (Certainly, the concomitant increases in product prices will evoke complaints.) Companies are already highly regulated by the federal government, and imposing more regulations at this point hardly seems justified. (According to at least one estimate, the U.S. tax code alone—including regulations—weighs in at a staggering 17,000 pages or so. Why add more?) Furthermore, the extent to which taxation in particular would reduce outsourcing is questionable. To be effective, such taxes must significantly exceed the cost difference between the outsourced approach and the “local” approach.

Is Outsourcing Really a Problem?

Outsourcing is only problematic when trade across national (i.e., political) borders is viewed as somehow undesirable. This sentiment usually only extends in one direction, however: for example, it’s bad to import, but good to export (a central tenet of mercantilism).

So what, ultimately, is the solution to the problem of outsourcing? At this point, there may be nothing that can be done to stem outsourcing without causing greater harm, largely through the law of unintended consequences. But perhaps a step toward achieving a good balance regarding outsourcing (using it when appropriate, but not abusing it) is quite the opposite of more government control: less government control. A sad fact of modern business is that mega companies are able to effectively write legislation that punishes smaller competitors (usually by imposing costs that the smaller counterparts cannot afford).

Part of the solution is to deregulate—and not in the sense of utility deregulation, which was a misnomer, but in the sense of cutting red tape. Large organizations may have significant market momentum, but smaller organizations usually have the ability to adapt to market conditions more quickly, allowing them to exploit opportunities and thereby create competition. Smaller companies are often less interested in outsourcing beyond U.S. borders, as this can entail significant capital investment.

Another part of the solution is to reduce the cost of living in the U.S., which would make a living wage more on par with that of other nations. This can be done through three simple steps: reduced taxes, fewer regulations and less government spending. Lower taxes means the cost of production is smaller; fewer regulations has the same effect, and it encourages innovation; and less government spending means less inflation, as well as reduced risk of market bubbles (prime example: the out-of-control housing market, which is continuing to fall back to earth).

What happens when U.S. companies and individuals are innovating? Not only is the economy strengthened, but the rest of the world sees the U.S. as the place to go to learn skills and do business. Yes, U.S. companies might still outsource to other nations, but other nations would come to the U.S. to meet some of their economic needs as well.

So, When’s It Going to Happen?

An unfortunate fact of the recent economic downturn—which has yet to see real recovery—is that much of it was the fault of profligate government spending (or lending, as in the housing market) and overregulation, which makes doing business in America extremely difficult. (Have you finished reading the 17,000-page tax code so you know what you need to do when you hire an employee?) Another unfortunate fact is that no end is in sight to increasing regulation, increasing spending and increasing taxation (whether through inflation or through actual taxes). These conditions mean that restoring the U.S. to its former economic status will be an extremely long and difficult process.

The government is not entirely to blame for the phenomenon of outsourcing, of course. American consumerism, which seeks “the deal” virtually regardless of the cost to others, practically necessitates outsourcing to keep prices down. Thus, what is needed is twofold: an attitude adjustment that recognizes that having principles (local labor, for instance) tends to cost more, and a recognition that government, far from being the solution to this problem, is itself a large part of the problem.