IT Outsourcing – Is It Making a Comeback? And Is That a Good Thing? 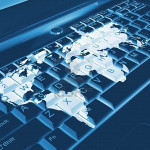 Spend Matters welcomes another guest post from NPI, a spend management consultancy, focused on delivering savings in the areas of IT, telecom, transportation and energy.
IT outsourcing is a fickle thing. A decade ago, enterprises couldn’t outsource and offshore their IT operations fast enough. Then, due to myriad of factors including the economy and support concerns, growth in IT outsourcing slowed and some enterprises brought IT functions back in-house. A study conducted in 2010 by Computer Economics showed that the number of companies outsourcing application development (the single largest category in IT outsourcing) declined 20 percent from 2007 to 2009.

Fast-forward to 2011 and the picture hasn’t changed much. According to outsourcing consultancy Everest Group, the IT outsourcing market saw a substantial decline in the third quarter of this year. IT outsourcing transaction volumes fell by 7%, while business process outsourcing fell by 12%. With economic recovery lagging across the board, one might expect that IT outsourcing would continue to decline.

Interestingly, that’s not the case – in fact, it’s quite the opposite. CIO.com’s Stephanie Overby writes:

“A second downturn in the economy – the so-called double dip effect – could have a big upside for outsourcing providers. More than 40 percent of corporate IT leaders said that a double-dip recession would lead to increased outsourcing in their organizations, according to an October survey conducted by outsourcing analyst firm HfS Research. Another 46 percent said a second downturn would result in layoffs.”

For many enterprises, 2012 will bring a struggle between opposing forces. IT resources are still rail-thin thanks to a recession that continues to grip the economy. However, companies can no longer afford to defer the IT innovation and upgrades that will keep their business competitive. With the advent of “the cloud” and the continued commoditization of infrastructure services, IT outsourcing will be an attractive alternative.

What about your business? Do you anticipate more or less IT outsourcing in 2012?