IT Outsourcing Spend up on Last Year already 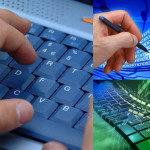 The first nine months of the year saw the retail, telecommunications, manufacturing and media sectors increase their spending on IT outsourcing.

Figures published by the information service TPI show that outsourcing investment in Europe, the Middle East and Africa (Emea) has already exceeded levels set in the same time last year.

However, the financial services industry, which was the biggest outsourcing spender in 2010, has reduced its layout by 48 per cent, down some 1.1 billion euros in the first quarter of the year.

But the overall picture is buoyed by the fact that the manufacturing and retail sectors have both spent more on outsourcing their IT needs in the first three quarters of 2011 then they did in the whole of last year.

Manufacturing spend has risen by 0.1 billion euros, while retail has seen a further 0.6 billion euros in investment.

Martyn Hart, chairman at the National Outsourcing Association, said that retailers such as Tesco, Homebase, Poundland and Argos have all spent considerable amounts of money in outsourcing in the past 12 months.

He believes this proves the sector’s ongoing commitment to improving customer experience as well as getting the best out of their warehouse operations.

Mr Hart added: “Outsourcing in the Emea retail sector has risen 600 per cent on last quarter, and 75 per cent year on year. This is due to major retail players seeking competitive advantage by adopting high-tech IT solutions and infrastructure upgrades. They are turning to outsourcing providers as a low risk route to superior technology.”

The UK is the largest and most advanced IT outsourcing market in Europe and grew by 36 per cent in the five years up to the start of 2010.

A recent report by Connect2Law stated that 77.3 per cent of UK legal firms surveyed saw the benefit of hosting their IT services off site.