IT Outsourcing: What Big Companies Can Learn from Midsize Companies 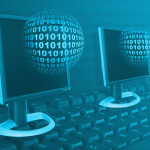 Midsize companies experience more success with their IT outsourcing deals than large companies because they take a “big bang” approach, according to the results of a recent outsourcing survey.

While midsize companies came later to the IT outsourcing party than their big company counterparts, recent research shows that they may get more out of their IT services deals.

According to a survey of 277 outsourcing buyers conducted by outsourcing analyst firm HfS Research and the London School of Economics, 63 percent of mid-market buyers said their outsourcing initiatives had been very successful at reducing costs compared to 44 percent of large companies. Consider these other stats:

42 percent of mid-market buyers said their deals were very effective in meeting compliance and regulatory requirements, compared to 30 percent of large companies.

33 percent of mid-market buyers said outsourcing had given them more effective global operations, compared to 18 percent of large companies.

Why are the smaller companies seeing more gains from outsourcing? They take what HfS Research founder Phil Fersht describes as a “ripping off the band-aid” approach to outsourcing. “Quite simply, mid-market organizations have to bundle more processes together into one broader deal to make it large enough to warrant the attention of the leading services vendors,” Fersht says. “[They] rarely will have the luxury of outsourcing step-by-step.”

Larger enterprises, with $3 billion or more in annual revenue, tend to outsource in increments over a period of years—perhaps help desk support first, followed by application testing, application development, and finally infrastructure.

“Large firms have rarely gone for a ‘big bang’ approach to outsourcing,” Fersht says. “They are large enough to be able to dictate to vendors their preferred pace of outsourcing.”

But large companies’ slow and steady approach is not winning the race, says Fersht. Such measured outsourcing can discourage necessary transformation. “By and large, organizations outsource processes that probably aren’t very well run in the first place,” Fersht says. “[Their] ‘softly, softly’ approach to outsourcing is prolonging the disruptive change a buyer needs to go through to reach its desired global operations end-state.”

Mid-market outsourcing customers have their own set of problems—chief among them, ancient legacy systems and lack of IT talent. But by outsourcing a broader set of IT processes and people from the start, they have a better chance of remedying both.

“Having skilled service vendors take on their operations has been—by and large—a positive experience for them,” says Fersht. “While a mid-market organization may not [achieve] the same level of aggressive cost reduction through large-scale labor arbitrage as larger enterprises, they clearly enjoy the benefits of accessing improved technology and process expertise.”

Outsourcing providers, who have traditionally focused on their big bread-and-butter clients, ought to take note, says Fersht. The mid-market is a potential testing ground for creating quickly deployable, standardized outsourcing models.

“Vendors need to attack the middle market, in addition to the easy dollars at the [larger] enterprise level, in order to develop a balanced portfolio of clients,” Fersht says. “Enterprise engagements will serve up profit and deliver scale that can be invested in middle-market clients, which are road-testing these industrialized solutions of the future.”