IT Outsourcing: What You Don’t Know Can Cost You 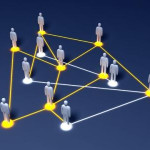 For many companies, operationalizing the management of IT outsourcing contracts is becoming increasingly complex. While there’s no question that outsourcing can help fill gaps in IT services, confusion about negotiated terms and conditions, a lack of transparency, and inadequate integration between cost and utilization reporting can cause your vendor costs to spiral out of control, ultimately jeopardizing the outsourcing relationship.

Because of this, executives who outsource IT services are increasingly divided into two distinct categories: proactive and reactive. Proactive executives monitor the IT services they’re paying for, ensuring greater transparency into how their IT budget is being spent. Reactive executives are content to analyze their contracts only as they come up for renewal or when an urgent issue arises. Reactive executives give little thought toward utilizing these terms of service to maximize their investments. Which category do you fall into?

Despite their best efforts to get their arms around technology consulting, project labor, and support services, many executives can’t help but look at their provider’s monthly bill and wonder:

Are we being as efficient as possible with this contract?
Do we know if this contract is still cost-effective?
Are we sure we are being billed at the correct rate?
How many resources have been consumed?
Have the services we’re paying for actually been performed?

These are all legitimate questions, and more and more companies are finding that it pays to track down the answers. In fact, we’ve found that more than 30 percent of our customers were leaving money on the table because of ineffective management of IT outsourcing contracts.

Traditional contract pricing typically includes a fixed fee for a contracted volume of services, with variation on fees for volumes above or below those target thresholds. Additional resources required are known as ARCs. Credits for reductions in services provided or resources consumed are called RRCs (pronounced Rooks). This ARC/RRC methodology was designed to account for service/resource fluctuations, but when customers lack visibility into the processes that determine ARCs and RRCs, they lose opportunities to identify how best to utilize the services the vendor provides.

With increase contractual complexity, this level of uncertainty is becoming much more than a mere annoyance. It’s costly, and a lack of definition and understanding can lead to even bigger headaches down the road. For example, most outsourcing agreements include pre-defined utilization thresholds. Like a cell phone customer who racks up a massive bill because he has inadvertently surpassed his monthly quota of minutes, an outsourcing customer who lacks visibility into his or her server utilization is at risk for a similar unpleasant surprise when the bill arrives and there’s a significant overage charge that could have been avoided.

What are vendors doing to remedy these problems? Not much, apparently. And that means many customers are left feeling as though their IT outsourcers are leaving them in the dark.

For example, we have seen several cases in which the original cost model based on the outsourcer invoice data did not include utilization data. One of our customers (a Fortune 100 industrial manufacturer) had outsourced a considerable amount of their server and compute infrastructure to a large third-party services provider. Because pricing data is often owned and delivered by a different group (say, procurement) than utilization and performance metrics (owned by operations), the company had no unified view, making it difficult to identify consolidation opportunities. In the case of this industrial manufacturer, once they were able to unify their view, they realized they were buying more servers even though utilization of the servers they were already paying for was only running at an average of 15%. This translated to a waste of $1.6 million of capacity each month, which has now been avoided.

In addition, some vendors are notorious for sending customer billing data in two separate reports: one from finance, which accounts for base contract service levels and ARC/RRC adjustments; the other from project managers, outlining server utilization and other operational metrics. This bifurcated and disaggregated reporting structure creates ambiguity that inevitably ends up favoring the vendor. Why? Because without meaningful integration of the data from these two reports, customers don’t have a simple way to connect the dots and make meaningful business decisions.