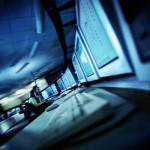 CIOs are being predictably cautious with IT budgets for next year, and are focusing on increasing use of cloud technologies and offshore outsourcing, according to the annual report of technology trends by the Society for Information Management.

Staff turnover in IT departments averaged 5.2% this year, which is below the average rate of 5.8% measured over the past seven years, the survey found.

“People are finding it hard to find good jobs elsewhere so they’re staying put,” said Jerry Luftman, a SIM vice president and executive director of the Global Institute for IT Management.

Moreover, he added, “the boomers can’t retire” because of the poor economy’s impact on retirement income and home values, he said.

The survey found that 60% of IT departments increased salaries, 29% kept pay levels unchanged and salaries declined at 11%.

The average CIO tenure reached nearly 6 years in 2012, up from an average of 4.5 years in prior years, the survey found.

“CIOs are staying around longer, [though] still not quite as long as CEOs,” said Luftman. CEOs have an average tenure of eight years, he said.

IT analysts have reduced spending projections in recent years and that trend shows up in the SIM survey.

In 2012, nearly 48% of IT departments surveyed said their budgets increased from the prior year. The survey found that 46% of respondents expect budgets to increase next year, while 54% said their budgets will remain stable or be reduced.

“People are very concerned and proceeding extremely cautiously,” said Luftman, citing the political and global economic outlooks. “Some budgets for IT are not going to be as aggressive as they might have been,” he said.

The percent of IT departments outsourcing work has increased, the survey found.

Luftman said the increase in outsourcing is due in part to a reluctance by IT departments to hire permanent staff.

The percentage of IT budgets spent on outsourcing is expected to remain at 36% next year, but the share of outsourced work done offshore will rise from 5% to 7% next year.

The survey reported that 4% of IT budgets this year are being spent on external cloud and 5% on internal clouds.