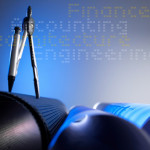 Chief information officers spearheading IT outsourcing deals with global vendors have been urged to invest up to ten percent of those contract values to keep project outcomes – and their careers – on track.

Industry experts speaking to iTnews in advance of the CIO Strategy Summit this month say CIOs should not overlook the value of developing and maintaining strategic vendor relationships as the IT departments of Australia’s largest enterprises become increasingly outsourced.

“Choosing a vendor and outsourcing is really just the tip of the iceberg,” according to consultant and former Westpac chief technology officer Sarv Girn.

“You may have outsourced your actual work, but at the end of the day, the accountability [for delivering IT services] lies with the CIO.”

Research from analyst firm Gartner indicates that organisations should expect to spend a minimum three percent of outsourcing contract values on the relationship each year, and up to three times that amount in cases where the outsourcer is expected to deliver more than a commodity service.

The money might be used to cover the costs of management time, travel, any dedicated relationship managers and communications – for example, telepresence systems or services.

“If you sign a deal for $5 million, $50 million or $100 million, some percentage of that needs to be spent on managing the deal and the relationship,” Gartner vice president and distinguished analyst Rolf Jester says.

“That percentage will vary, we think, probably from three to five percent for pretty straightforward sorts of deals – maybe sometimes even less it it’s really just a commodity kind of service – through to more than five percent of the contract per annum, but still in single digits, if there are complexities like offshore services.

“If the deal is a little less structured because you don’t know what outcomes you want until you’ve done a certain amount of work, then it might grow towards the very low double digits.”

Westpac knows the level of investment required for the upkeep of its relationship with outsourcing vendor, IBM.

Girn recalls attending quarterly governance meetings with the bank’s group technology executive Bob McKinnon and senior IBM executives as part of a long-term outsourcing partnership, worth US$2.3 billion as of December 2010.

Despite the price tag, he sees the meetings – alternately held in Australia and the US – as a necessary part of outsourcing to global vendors, and critical to developing and maintaining visibility into IBM’s strategy and product roadmaps.

“A lot of CEOs baulk at [the cost of meetings] but those vendors control your future as a CIO,” says Girn, who will address the CIO Strategy Summit on August 30.

“Because we’re so far away in Australia as a country, you need to go and reach out to [vendor partners]. Not many senior executives come through to Australia.”

Gartner’s Jester says regular international meetings, such as those attended by Westpac’s IT executives, are particularly important in contracts where some form of innovation is expected.

“We know a lot of customers sign up for what they think they’re going to get in ‘innovation’,” he says, explaining that outsourcing deals tend to seek either efficiency, enhancement or transformative outcomes.

“We find that an enormous number of customers are unhappy with the fact that they are not getting, or think they’re not getting, this elusive innovation.”

Regular, scheduled meetings between the senior and middle-level executives of the customer and outsourcer are one way “to do something proactive about innovation”.

“Some of the best practices [for outsourcing] involve innovation workshops where consultants are brought in, and the future, the needs of the business, what’s coming down the pipeline in terms of technology, and what other people are doing, are looked at and discussed,” Jester says.

Girn says that Australian firms may find it challenging to influence vendor roadmaps without committing to regular meetings. He sees them being particularly worthwhile.

“Australian CIOs should not underestimate how much clout they have”, he says, explaining that vendors tended to group Australia alongside emerging markets in the APAC (Asia Pacific) or BRIC (Brazil, Russia, India and China) regions.

“If business in those regions grows, it makes the vendor look better.”