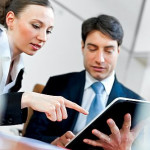 Lithuania’s telecommunications market players, which have focused on the expansion of high-speed mobile internet networks and promotion of advanced smartphones this year, hail 2015 as the 4G year and expect the growth in mobile internet usage to continue in 2016, reports LETA/BNS.

“We can describe this year as 4G year due to particularly rapid development of the 4G network as a result of which more than half of all mobile data transmitted in Omnitel’s network was sent in the 4G network as early as in September.

Moreover, this year marked the launch of 4G+ and 4G++ technologies, which elevate the network’s speed and capacity to an even higher level. This is the first case of such rapid technology development within such a short period of time,”

The year 2015 was exceptional for the mobile communications market as it was the first year of stable market growth since 2008, which mainly resulted from rapid growth in the usage of mobile data and growing sales of 4G and 4G+ devices, he said.

“This year in the telecommunications market was marked by fast growth of usage, which was driven by two factors, including the boom of data transmission after the rollout of LTE [4G] technology.

“In 2016, our customers will see the first services and products which will be created without thinking about technological divides.

As far as traditional telecommunications market services are concerned, mobile and landline data transmission will grow at the fastest pace in the near future.

As regards supplementary services, mobile applications, games, audio and video recordings, the internet of things and cloud advertising have growth potential all across the world,”

Speaking about this year’s highlights, Rokas Salasevicius, partner with consulting company Civitta, singled out the deal between Teo LT and Omnitel as well as plans by state-owned Lietuvos Radijo ir Televizijos Centras (Lithuanian Radio and Television Center, or Telecentras) to become the fourth mobile communications operator.

In 2016, the growth trends observed in penetration of smart devices and mobile internet usage should become even stronger, market players forecast.

For example, Pranas Kuisys, marketing director at Bite Lietuva, believes that smartphones will squeeze out simple cell phones completely and the number of mobile internet users, expressed as a share of the total number of mobile services users, will cross the 50-percent mark next year.

“Data usage will continue growing at the rate of approximately 100%. Operators’ revenues from data transmission will come closer to 30% of total revenue,”

According to Snicorius, the biggest challenges for mobile communications operators are posed by the utilization of infrastructure and the creation of the SMART ecosystem.

Salasevicius forecasts that the revenue from traditional services, including voice telephony and SMS, will continue its decline next year while mobile internet data will become the main driver of revenue growth.

According to the latest data made available by the Communications Regulatory Authority (RRT), Omnitel has the largest 4G network in the country with 80–85% coverage with minimum signal strength.

The 4G network of Tele2 has the coverage of between 70 and 75% whereas the 4G network of Bite Lietuva, which was rolled out in April, covers between 20 and 25% of the country’s territory.

Early in January, Lithuania will hold an auction of radio frequencies important for 4G communications, with bids expected from the country’s three biggest mobile communications operators as well as Telecentras.