MFA Signs a Support Agreement with the Baltic Data Center, the New Sponsor of the Lithuanian Presidency of the EU Council 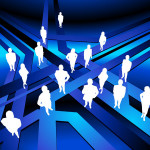 he MFA signed a support agreement with the new sponsor of the Lithuania’s Presidency of the Council of the European Union – the Baltic Data Center. This official partner will provide IT services free of charge to the Ministry of  Foreign Affairs of the Republic of Lithuania during the Lithuanian Presidency of the EU Council in the second half of 2013.

“The partnership with this outsourcing service provider is largely symbolic. We hope that this example will inspire more companies to become partners of the Presidency,” Lithuanian Minister of Foreign Affairs Linas Linkevičius said.

The company Baltic Data Center will ensure safe exchange of information and documents, as well as enable making reserve copies and archiving data. During the Presidency, the company will provide a solution for a 6 terabyte cloud-based data warehouse, which can store about 60 million text documents. To ensure reliability, 10 reserve copies will be created every 4 hours.

“In six months, Lithuania will be at the forefront of international events, which will attract attention from Europe and all over the world. Hence, for us this partnership epitomizes public spirit, as we take responsibility for the country’s success. We have some experiences with such high-level events, so we offer our professionalism, expertise and available resources,” Managing Director of the Baltic Data Center A. Samuchov said.

The Baltic Data Center has already implemented similar projects. In 2011, the company also provided IT services during the Ministerial Council of the Organization for Security and Co-operation in Europe (OSCE).