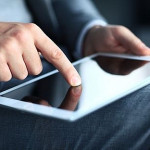 Microsoft’s Cortana app for Android users has run into a stumbling block.

The version for mobile devices running the Android operating system no longer allows people in the US to open the virtual assistant by uttering “Hey Cortana.” The tweak came in a Sunday update to the app.

“We’ve received user feedback that the ‘Hey Cortana’ feature is conflicting with Android voice search and are temporarily disabling the feature while we evaluate a solution,”

This means Android users can only trigger Cortana by tapping the app’s icon and then the microphone symbol to pose a question or request.

As virtual assistants become a must-have feature, Microsoft has been pushing Cortana beyond the realm of Windows by unleashing versions for both Google’s Android and Apple’s iOS software.

Cortana faces competition from both Google Now and Apple’s Siri, both of which can be activated by voice on their respective platforms. Losing the ability to launch Cortana by voice on Android may not be a major blow but may lead more people to turn to Google Now.

Cortana for iOS already lacked the “Hey Cortana” feature. This means that a launch via voice works only for Cortana in the versions for Windows 10 and Windows Phone.

Despite the setback, Microsoft has continued its efforts to improve Cortana for Android and iOS.

The Sunday update for Android also included a boost in app stability and enhanced call and text features. An update to the iOS version launched Monday lists such items as improved voice interactions, enhanced reminders, faster load times and the option to use location services only while using the app to save battery power.