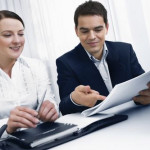 At Microsoft Build 2015, the software giant showed it’s determined to do for mobile devices what it did for PCs – only this time it’s the services, not the OS, that it hopes will be the cash cow.

After all these years, has Microsoft recaptured the vision thing? At Build 2015, the software giant said it wants to have Windows 10 on 1 billion devices in the next two to three years. The new OS, which launches this summer, will span a range of devices, from PCs to smartphones to the Xbox to the HoloLens.

The key element of this plan? An embrace of universal apps, which will work on any of those devices and, it is hoped, greatly simplify the work of the many developers Microsoft needs to make this all happen.

“Our goal is to make Windows 10 the most attractive developer platform ever,”

Terry Myerson, chief officer of operating systems, said at the conference keynote. He says that new developer tools will make it a lot easier for programmers to make apps for Windows, and more important, that they’ll be doing it “because they’re going to have the opportunity to reach these 1 billion devices.

Except there is a catch. According to The Verge’s Jacob Kastrenakes and others, getting to that 1 billion number will be a climb for the 40-year-old software giant. It will not only entail getting Windows 10 onto new devices, but also getting existing devices off of older versions of Windows. Plus, the company can’t rely on its phones for much help – at least in the short term. While IDC predicts that a majority of the 300 million PCs that will ship this year will run the Windows OS, the Windows Phone still lags far behind Android and iOS in the smartphone market – in part because the Windows phones don’t have many apps. Developers don’t want to build apps for the phones because there are not enough users.

“To make all this work for developers, we know this needs to be widely adopted,”

What steps did Microsoft take at Build 2015 to make their vision of a universal world a reality?

For starters, Microsoft created new software development kits (SDKs). Programmers will be able to use the majority of Android programming languages and the code used by Apple to turn Android and iOS apps, respectively, into Windows-compatible versions. Those apps will be available in the Windows Store and use Microsoft’s services instead of Google’s or Apple’s – Bing Maps instead of Google Maps, for example. The SDKs will also make it easier for developers to move Web apps, as well as older Windows apps built on .NET and Win32 (of which there are currently 16 million), to the Windows 10 platform.

Opening up the Windows OS sounds like it could be a good thing, says ComputerWeekly’s Adrian Bridgwater. By letting developers repurpose various languages from previously created apps to get them on Windows, they get to “effectively ‘do more’ with these same applications, as they get an additional lease of life in Windows,” Bridgwater wrote.

“That assumes Google doesn’t get in the way,”

Whether Windows 10 will wow developers remains to be seen, but there was plenty of wow factor at the show – holographic dogs following you around, for example. Alex Kipman, technical fellow for Microsoft’s operating system group, showed off the Windows Holographic Platform, which takes HoloLens one step further. Not only will users be able to have pretty amazing holographic experiences (a castle on your coffee table?!), but the platform also allows developers and consumers to interact with holograms of Windows apps in the space around them.

One demonstration showed a HoloLens wearer making a Windows video app move by saying “follow me,” giving the term mobile app a whole new meaning. Kipman said that all of Windows universal apps will have these capabilities. Do you want Skype on the wall, or the weather on your side table? Say it, and the apps will oblige.

How about the workplace? Gartner’s Stephen Kleynhans and Michael A. Silver said that while they don’t expect employees to be walking around in the office with HoloLens headsets anytime soon, they do think its blend of the physical and digital offers a natural way for users to interact with Windows and their environment. For example, “a single HoloLens device could in fact replace multiple monitors in a user’s workspace, enabling virtual displays to pop up dynamically as needed,” they wrote in a recent analysis of Windows 10. Just like in the movies.

Other takeaways from Build 2015