Microsoft launches Office 2016 developer preview, with a focus on business 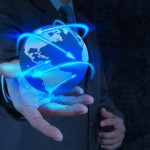 Microsoft is going heavy on enterprise features in its first public peek at Office 2016, which is available now to Office 365 Business subscribers.

Developers and IT pros can sign up for the preview through the Microsoft Connect website. Eventually, Microsoft will open up the program to individual Office 365 users, but this option doesn’t appear to be available yet. Note that this Office 2016 release is separate from the touch-friendly Office apps that Microsoft has released as part of the Windows 10 Technical Preview.

For now, Microsoft is staying quiet on features for end users, as the first Office 2016 preview focuses on businesses and IT managers. Microsoft’s Office blog has a full feature rundown, but here’s a quick overview of what Office 2016 Preview users can expect:

This allows IT administrators to secure Office documents through centralized sharing and authoring policies. DLP had only been available for Exchange, Outlook, OneDrive for Business and SharePoint previously.

IT pros can take advantage of new bandwidth management features, more flexibility for updates, and a way to manage device activations across multiple users.

Microsoft is promising better keyboard accessibility for major Excel features such as PivotTables, and has addressed readability problems in Outlook. As rumored, Office 2016 will also include a dark color theme.

IRM allows users to lock down documents against editing or sharing, and now these features are being extended to Microsoft’s flowchart software.

Microsoft hasn’t given a release date for Office 2016, but is aiming for the end of this year. In the meantime, Microsoft plans to continually update the preview and highlight major new additions as they become available.

Why this matters: Office 2016 has been the subject of rumors and speculation for months, but this marks the first time that Microsoft has talked openly about the next version of its productivity suite. While these new features probably won’t be of much interest if you’re just using Office at home, you can expect a steady drip of new information now that the preview is out in the open.