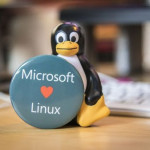 Microsoft is open-sourcing its PowerShell command line shell and bringing it to Linux and Mac OS X, as recently rumored.

As recently rumored, Microsoft is open sourcing PowerShell and making a version of the tool available for Linux and Mac OS X.

As of today, August 18, Microsoft is making available alpha releases of PowerShell Core on Linux (Red Hat, Ubuntu and CentOS) and Mac OS X on GitHub as a binary release. More platforms will be available in the future, company officials said. Microsoft also will be releasing the source code for both the Windows and Linux versions of PowerShell today.

Once Microsoft got .NET Core to work on Linux and Mac OSX — through .NET Core 1.0 — the company refactored PowerShell to work on top of it. The PowerShell Core version also is the one that Microsoft will be shipping with Nano Server for Windows Server 2016, Snover told me during a phone interview late last week.

“Existing PowerShell users who need to manage their heterogeneous estates will want this. People building management tools like us with Operations Management Suite (OMS) will want it. People who want to standardize on a specific set of tools will want this,”