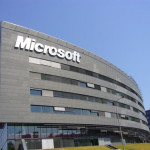 The US software company Microsoft has announced plans to open a new software development centre in Prague focused on customer relationship management. The company announced the news on its website on Tuesday.

Microsoft wants to employ 80 people by the end of this year. Within the next three years, it would like to create up to 200 new posts. Microsoft did not disclose any details related to the costs of the new investment.

In 2014, the US software giant already established a software-development centre for Skype in the Czech capital, the biggest in Central Europe, which employs around 250 people. The team in the new development centre in Prague will be part of the global development division Microsoft Dynamics Customer Relationship Management and will cooperate with teams in the US, India, Denmark and Switzerland.

“CRM applications have significantly influence and will continue to influence the area of customer relationship management, but also marketing and sales. This is why Microsoft’s decision to strengthen CRM development is a logical step to take,”

According to Microsoft, the company will be looking for IT specialists in the wider region of Central Europe.

“At the moment, job posts are open mainly for more experienced IT experts,”

the company wrote on its website. The new centre needs mostly software engineers and graduates from technical universities.

A number of other companies are operating software development centres in the Czech Republic. Several hundred people in Brno are employed by the US company Red Hat and German software company SAP.

Most of the activities of Prague-based computer antivirus security company Avast are also located in the Czech Republic, and so is the rival AVG technologies company, which was recently acquired by Avast. Thousands of Czechs are also employed in IT technologies at the IBM company in Brno and Tieto in Ostrava.