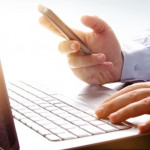 The year 2014 presented a significant milestone in T-Mobile Czech Republic (TMCZ)´s history, both from organizational and business point of view.

The shareholder structure simplified as Deutsche Telekom acquired the remainder of shares and is now the sole shareholder of the company.

TMCZ also finalized the full merger with T-Systems CZ and completed the merger with GTS Czech. Nevertheless, from a business point of view, the operator met all the business targets, reaching the 6 million customer mark and satisfactory financial results in a declining market.

“It was the busiest year ever. We changed not only our organization and the way we work, but also our mindset,”

“And it was worth it. As a result, our company is much stronger and refreshed, ready to accept new challenges.”

In 2014, users of TMCZ’s mobile services called on average of 151 minutes per month, 4.1% more compared to the previous year. The overall growth of consumption is reflected in all areas, i.e. in the number of minutes called and text messages sent and, above all, in the volume of transmitted data, which increased by 59% compared to the previous year, reaching nearly 10,500 terabyte.

Despite the fact that prices of telecommunications services have been dropping significantly in real terms while consumption has been rising, TMCZ succeeded in achieving satisfactory financial results. The operator has been partly compensating declining revenues with a strong emphasis on efficiency of all its activities, however, without reducing investments in technologies or services to customers.