New mobile network could be tested in Slovakia 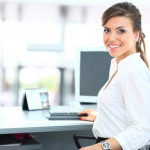 SLOVAKIA, a country of the 5.4-million population prone to test the latest technical innovations, may become a testing ground for another novelty – a new mobile network developed by a Chinese company.

“Slovakia is an optimal country for testing most state-of-the-art technologies,”

said Speaker of Parliament Peter Pellegrini on May 25 when visiting a technological and research centre of Huawei company in Beijing as cited by the TASR newswire.

“In the similar way in which the LTE network was tested a few years ago in central Slovakia, this company is working on developing another and significantly faster mobile network. This could also be a sphere in which Slovakia could play an important role.”

Pellegrini, who is also Slovakia’s Digital Leader, attended a ceremonial signing of a memorandum on cooperation between Huawei and Žilina University.

The memorandum should also bring scholarships for the best students and is likely to lead later to the building of a technology park as well, said Žilina mayor Igor Choma.

Huawei is already active in Slovakia and employs up to 70 people in Bratislava.

For Žilina University the memorandum could mean not only modern technologies for teaching but also exchange stays, scholarships for the best students and cooperation on a number of projects with the company.

“The two institutions will help each other, exchange ideas, technologies and maybe studies, as well,”

“They’ll support each other.”

Pellegrini pointed out that the Chinese company invested more than €6 billion in research in 2014 alone and welcomed its inking of the memorandum with Žilina University.

He hopes that such cooperation will extend to even more universities in the future.

The parliamentary chair is on a working visit to China until Wednesday, May 27.

Pellegrini will also open a Slovak-Chinese business forum on May 26.

On his visit he is accompanied by Finance Minister Peter Kažimír, who is scheduled to meet his Chinese counterpart Lou Jiwei and other Chinese officials.