Multi-Sourcing: CIOs Tips on Making It Work for You – And Your Suppliers 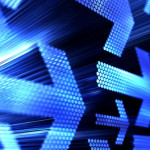 Businesses are moving away from trusting single suppliers to deliver multi-billion pound outsourcing megadeals in favour of accessing services from multiple providers instead.

Almost 40 per cent of CIOs surveyed by Harvey Nash/PA Consulting Group last year said they planned to increase their use of multi-sourcing – where IT or business process services are sourced from a range of suppliers rather than a sole provider.

Multi-sourcing, as well as providing access to services from best in breed suppliers, offers a way around the common pitfalls of being locked into a long-term deal with a single vendor. Long-running outsourcing deals with sole suppliers can encourage low innovation, sloppy service delivery and customer dissatisfaction as the supplier, safe in the knowledge that it has a multi-year contract, has little incentive to try too hard.

However multi-sourcing is not without its risks, in particular the potential for the deal to come apart if the client fails to get to grips with co-ordinating multiple providers or if communication between suppliers breaks down.

At the recenet CIO Event, CIOs shared their thoughts on the best ways to get the most out of multi-sourcing and keep multiple suppliers on track:

Check whether multi-sourcing is the right approach

Small deals may not be suitable to be broken up and delivered by multiple suppliers.

Outsourcing contracts often require suppliers to invest upfront and if splitting a deal into smaller contracts reduces their value too much, suppliers will likely reject the job as not being viable.

Companies should also check how many suppliers have the skills needed to deliver the work they want to outsource.

If only a small pool of suppliers are able to carry out the work then multi-sourcing may not be the best approach as there will be too few qualified suppliers to provide competition.

Healthy competition between suppliers in a multi-sourcing deal keeps them focused on maintaining a good quality of service delivery and continued innovation – keeping vendors asking ‘How can I do it better?’.

This constructive rivalry can be encouraged by structuring deals so that the best performing suppliers can be rewarded with additional work or a reference that they can use when bidding for future jobs.

Multi-sourcing deals can break down at the interface between suppliers. For instance, when one supplier makes a technical change to a system that knocks out compatibility with part of the system looked after by another provider. Tracking down the source of the failure can be further complicated by each supplier blaming the other for the problem.

But having multiple suppliers doesn’t necessarily mean having vendors working against each other. Suppliers can be encouraged to help rather than hinder each other by setting them joint goals and, while still retaining a sense of competition, by rewarding mutual success.

It’s important for the client and each supplier to understand what each other hopes to get out of the relationship.

Clients should bring suppliers into the organisation to give them a sense of how it runs and what they want to achieve, and not just once but throughout their relationship.

The key to success if for employees at every level of the supplier to understand what the client wants and what success looks like.

In any outsourcing deal the goals of the client and the suppliers will to a certain extent be at odds – the supplier wants to maximise returns while the client wants the highest quality service at the best possible price.

However both parties can, at least partially, align their goals by sitting down together at the start of the negotiation process, and also at regular intervals throughout the deal, and discussing what each party wants to get out of the relationship, and identifying and documenting common aims.

Setting shared targets will also make it more likely that a supplier will flag up the instances break downs in the relationship or the delivery, so that both parties can work on resolving those problems.