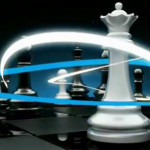 Anyone casting even a casual eye over the industry news headlines of late won’t be surprised to learn that a new generation of consoles is rumoured to be on the horizon.

This transition will bring about the usual challenges and headaches for everyone in triple-A development amidst the usual flurry of assumed technical and hardware specifications, which will no doubt be the source of fevered speculation over the coming months.

Like the last generation and those before it, some developers will succeed in making the transition whilst others will flounder.

This time around, as before, the studios that succeed will be those who have strong outsource partners – particularly in art creation – to enable them to scale up rapidly for production.

In fact, with the next generation art outsourcing will play an even more prevalent role at a time when creativity and innovation will be under increasingly intense scrutiny.

In order to remain competitive, those developers looking to find their place in next-gen production will need to find suppliers who are able to provide not just quality, but creativity and the ability to help realise the developer’s vision.

Since the last generation of consoles were released, much has changed in the industry that indirectly affects triple-A gaming.
It’s now hard to believe a time when Facebook, smartphones and tablets weren’t so prevalent, and yet they didn’t even exist as an alternative prior to the current cycle of games consoles.

Their dominance has now unarguably changed the landscape of gaming forever. So much so, that the level of expectation amongst consumers as to the visual fidelity and gaming experience will be higher than ever before.
Console games still lead the pack in heading towards gaming’s Holy Grail – Hollywood visuals married with engaging and emotive interactive experiences – but that may change.

With internal development headcounts predicted to remain the same in the next generation, studios will increasingly need to partner with vendors that are trusted to a level of creativity to the production in order to ease the burden of producing high fidelity content that new systems will demand.

Art outsource service providers able to make the leap from slavishly acting under instruction to a group viewed as creative partners that act as an extension to the development team will fare best.

The vendors who share the developer’s passion for making the game and are able to make a major contribution at every stage of its production will be the ones who benefit most.

Such premium quality vendors operate in a completely different market to low cost off-shored suppliers and are able to make a contribution to a game’s development and creativity at every level.

RealtimeUK was one of several suppliers for Kinect Disneyland Adventures and both Kinectimals titles, and Frontier Developments was delighted at the level of creativity we were able to bring to the project.

As well as setting the required benchmark for the animation, we contributed to the direction of cut-scenes, becoming an extension to the main team and freeing them up to concentrate on other aspects of the game.

Similarly on projects like Split/Second and Motorstorm, our team’s creative input was instrumental from an early stage of development and its contribution at the pre-production stage of the latter is still evident in the ongoing success of the IP.

THE PRICE IS RIGHT?

Despite often tight budgets, the clients we speak to understand the trade-off that exists between cost and quality.
Go too cheap and there is a risk that your internal resources will quickly become tied up in having to micro-manage each individual asset before it finally – if ever – hits the required quality benchmark.

Conversely, exclusively using premium quality suppliers can be hard to justify if the budget is tight. Clearly, a balance needs to be struck.

Fortunately, better studios understand that art resource is not a commodity and there is a role to play for both premium quality studios and low-cost offshore suppliers.

Judging by the number of clients approaching us at an early stage of production to help them set the visual benchmark for their games, many developers are realising the value that premium suppliers can bring to the genesis of a new title where the stakes are higher than ever.

Vendors able to offer a more consultative led approach can give a dev team a fresh perspective to creative problems. Such services are now particularly attractive to developers more than ever, as we approach another generation of consoles.