Offshoring to End, as Businesses Run Out of Jobs to Outsource 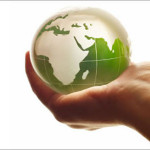 The number of European and US IT jobs sent offshore will decline from 2014, as businesses begin to run out of roles that can be carried out abroad.

Within the next 10 years the flow of IT jobs offshore is likely to cease, as there will be few roles left suitable for moving to low-cost countries like India and China, research by The Hackett Group found.

By 2016 almost 1.1 million IT jobs will have been sent offshore, according to the research, which examined data on 4,700 companies with annual revenue over $1bn headquartered in the US and Europe.

“In the US and Europe, offshoring of business services and the rapid transformation of shared services into global business services, have had a significant negative impact on the jobs outlook for nearly a decade,” said The Hackett Group chief research officer Michel Janssen.

“That trend is going to continue to hit us hard in the short-term. But after the offshoring spike driven by the great recession in 2009, the well is clearly beginning to dry up.

“A decade from now the landscape will have fundamentally changed, and the flow of business services jobs to India and other low-cost countries will have ceased.”

However, the report predicts that IT jobs that have been offshored won’t return to their country of origin, saying “this trend is irreversible”.

The large-scale movement of IT service jobs and supply chains from western countries to offshore locations could see offshore destinations become global hubs for activities like application development.

“As product/service lines, go-to-market strategies and supply chains become more global, the portfolio of business services required to support these global operations must become more global as well. The result is that it is no longer natural or even appropriate for the center of business services delivery to remain in the traditional domestic market,” the report said.

Despite the continued flow of IT roles offshore the report predicts new domestic demand for IT specialists in western nations as IT spreads to a larger number of products.

“These cutbacks aside, as companies embed technology into an expanding range of products, new IT jobs in their product development organizations are being created. Finally, the IT industry (hardware, software and telecommunication) itself continues to grow, creating additional demand for IT workers,” the report said.

“As a result, the picture of the IT job market is not nearly as bleak as suggested by the 15-year trend.”