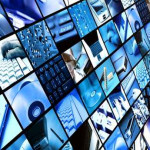 There’s been a significant debate about the pros and cons of outsourcing in the technology field. The controversy is that offshore workers, who do the same job but for less money, take away domestic jobs. This is particularly the case in customer service departments at software companies. If you call up Microsoft customer service, you will very likely be talking to someone in India.

But, the political debate about outsourcing is quite irrelevant in the business world, because capital will always flow to the most efficient source of production. If a worker in India can provide the same or better customer service experience for less money, then 99 times out of 100, a business is going to chose this option.

In China, where labor is much cheaper than in India, the experience has less of an impact on our situation because of the language barrier. In Asia, however, China’s information technology outsourcing industry is flourishing by serving the needs of large Asian companies and also global conglomerates that want to develop products that specifically target markets in China. A software engineer in Silicon Valley may have the talent to create great software programs, but if you want to do business in China, you have to have the skills and knowledge that only a local company can provide.

One small outsourcing firm that’s doing very well right now is VanceInfo Technologies, Inc. (NYSE/VIT). This fast-growing company is an information technology service provider and software development company located in China. According to the company, it is ranked among the top three Chinese offshore software development service providers for the North American and European markets, as measured by 2006 revenues. VanceInfo provides information technology services primarily to corporations headquartered in the United States, Europe, Japan, and China. The company’s customers are often in the technology, telecommunications, financial services, manufacturing, and retail industries.

I think that companies like VanceInfo will continue to flourish, even if there is a prolonged global recession. Corporations will always seek to allocate their capital to those who provide the best service at the best price. The outsourcing industry in India is well-established, but it’s still in early development in China, and this industry can only keep growing over the coming years.