Outsourcing Is the Way Forwards for Small Businesses 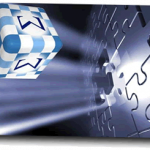 Outsourcing IT support is a way in which small businesses can reduce their expenditure, according to technology expert Phil Wainewright.

Mr Wainwright, who is vice-chairman of Eurocloud, said that paying people to run servers and kept day to day maintenance in check by employing in-house IT staff is an expense that could be better utilised in implementing system improvements.

He suggested outsourcing core elements to specialist providers and using the in-house staff to get the best out of other business functions.

He said: “You can employ their skills better by working with the online applications and getting the most out of them, rather than just having them keeping servers running.”

He was also keen to stress the merits of cloud computing. He stated that the platform was capable of being much more than just a hosted management system.

“It’s not just managed hosting, you’re getting a complete application that is a complete service in the cloud,” he said. “It’s not like taking software and just running it on a server that someone else manages for you, it’s actually getting the whole application delivered and running.”

Mr Wainwright’s comments come shortly after a report by the advisory agency TPI found that spend on IT outsourcing by businesses in the Europe, the Middle East and Africa (Emea) regions was higher in the first nine months of the year than in the whole of 2010.

Despite the overall rise, outsourcing by financial services institutions has fallen sharply this year.

After the first three quarters of 2011, the financial services businesses (such as banks and pension providers) had invested just under 48 per cent of the amount they did in 2010.

Emea financial services sector spent some €1.6 billion on IT outsourcing during the quarter up until the end of September this year, compared with €2.7 billion in the same three months in 2010.