Outsourcing IT Services to Cut Costs for Co-Operatives 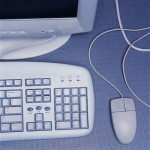 Co-operative societies have been urged to use technologies such as cloud computing to cut costs.

National Co-operative Housing Union chairman Francis Kamande said most co-operative societies use internal servers which are not only expensive to buy, but also mean that they must employ IT staff.

This not only adds to their operational costs, but it also makes it hard to retain the professionals making the investment not fully utilised.

However, by adopting new technologies such as cloud computing they will be able to cut on such costs. It costs one co-operative society about Sh200,000 to buy a server while for cloud computing the cost of maintaining data could go down to as low as Sh30,000.

“This is the new method of storing huge amounts of data using the Internet and outside the physical premises of the parties involved, as the server is no longer necessary,” Mr Kamande said.

“Cost saving in harsh economic times rationalises the need for cloud computing by eliminating the need for costly infrastructure purchases every year,” he said.

Mr Kamande, a telecommunications engineer told participants at the forum organised by the Kenya Rural Savings Co-operative Societies Union to take up the challenge on behalf of all co-operatives.

Kenya has 14,000 co-operative societies with 10 million members who have mobilised about Sh230 billion or 30 per cent of national savings.

Cloud computing involves using multiple server computers via a digital network like one computer to store data and allow clients secure access to a variety of applications and data from any network device.

It also provides an easy to use, cost efficient, flexible, dynamic and secure environment for modern businesses.

The practice is currently gaining traction among corporate organisations and government that want to cut down on the capital and operational expenses.

Mr Kamande was speaking during a national symposium for co-operative society leaders on the role of ICT in creating efficiencies in co-operatives for better earnings for members.

The forum’s theme was networking for localised solutions in the new county dispensation to achieve Vision 2030. ICT has revolutionised communication, making a rapid impact by turning the world into a global village.