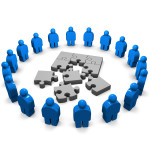 With the invention and expansion of Internet and digital technology in recent years, the services provided by developing countries such as India and the Philippines have become accessible to multinational companies based in Western countries such as Canada and the United States.

Moving to the Future

Outsourcing statistics revealed that the entire industry will probably reach more than the 10-billion dollar mark.

Before, the business process is a new trend in the business industry. Later, it spread and became a strategic approach by various establishments. Since then, to save money remains the primary reason and motivating factor based on the facts and information gathered from various outsourcing statistics and studies.

Instead of taking the risk of hiring new people to deploy in departments that are soon to be created, it would be simpler and cost-effective to contract these functions to outside parties.

To meet the demand of various markets, companies need to depend on reliable outsourcing statistics and reports as basis for their analysis and decision-making. This will certainly help them to deliver the best outputs and quality solutions to a wide array of business challenges.