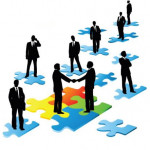 According to KPMG’s latest global pulse survey, demand for outsourced services is expected to fall in the last half of 2012, matching the lower-than-expected levels of growth experienced earlier in the year.

According to the data, which is based on the views of senior executives in some of the world’s largest global business and IT service providers, a little over half (51%) expect to see customer demand increase between now and the end of December 2012.

It appears that a trend is emerging as the figure represents a drop from 61% who were optimistic when polled in Q1, 2012 and a steep fall from 74% this time last year.

The declining confidence surrounding anticipated future demand for outsourced services stems from respondents’ experiences over the past three months. The KPMG-generated data reveals, for example, that 61% of executives believe there’s room for optimism about business prospects, but this figure has fallen from 68% at the start of Q1 2012.

Perhaps more worrying is the news that 3% of respondents also admitted their pipeline of growth fell during Q2 2012 – the first time there has been negative growth in the outsourcing marketplace since the end of Q4 2011.

“The knock-on effect is also being felt as organisations maintain a tight rein over discretionary spending. Among those business customers who are renewing contracts, cost reduction has regained its position as the primary driver to outsource key services, but the ongoing market volatility is driving organisations to centre on short-term initiatives rather than projects that will boost performance over the longer-term.”

The KPMG survey finds that a desire to reduce operating costs has regained top spot when respondents were asked what drives outsourcing decisions among their client base (58%). 52% also cited a need to create greater financial flexibility while 35% focused on the access they would gain to external skills, talent and resources.

It also appears that a shift is emerging when it comes to the nature of outsourced services demanded by clients. On a five-point scale, service providers scored ‘near-shoring’ as the most popular at 3.70, followed by ‘off-shoring’ at 3.61.

Domestic shared service centres are also gaining in popularity, with 42% of respondents claiming an increase in customer demand for a pooling of available talent and services.

Rae concluded: “There seems to be a popular movement and sentiment around the ineffectiveness of traditional approaches to outsourcing. We’re increasingly seeing a drive towards keeping things closer to home and onshore as firms look for ways to manage their outsourced teams more effectively, keeping a tighter control over them and the costs. It’s a move which should see an improvement in the state of the outsourcing industry over the long-term.”

About the KPMG Q1 2012 Sourcing Advisory Pulse Survey
The KPMG Sourcing Advisory Pulse Surveys provide insights into trends and projections in end user organisations’ usage of shared services, outsourcing and third party business and IT services by polling KPMG’s own field advisors as well as more than 20 leading global business and IT service providers.