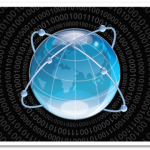 This election has been predominantly about jobs and job creation. Companies are now taking public sentiment and reputation in to account when electing to use domestic outsourcing instead of offshoring. We have seen a public backlash when it comes to outsourcing. It has become a dirty word in the Unites States.

Paul Harty, President of Seven Step Recruiting, is an expert in recruiting. He discusses domestic outsourcing, offshoring and company reputation management. Outsourcing works for a lot of companies in a variety of situations. Harty is careful to note that outsourcing doesn’t have to mean shifting jobs overseas. The true purpose of outsourcing is to allow a specialized firm to handle specific tasks, tasks that would not be cost-efficient for a firm to handle on their own.

There is a difference between outsourcing and offshoring. Learn more in my interview with Harty below.

1. What is the difference between Outsourcing and Offshoring?

Offshoring is simply one of many choices you have to make when outsourcing – and just one subset of the outsourcing process. The first decision to make is either a) to keep a certain company function and those skilled enough to perform that function in house, or b) to outsource it to a company that specializes in that area of expertise and is optimized to deliver that function cost-effectively.

Because of the arduousness of hiring and training, many companies prefer not to assume the costs and administrative burden of keeping their call centers staffed by in-house recruiters. Instead they “outsource” the work to companies that are experts at staffing call centers and who do it at scale. Only after deciding to outsource does a company begin to consider whether to use a domestic or offshore resource to deliver the service.

2. Why would a company chose to use either strategy?

For most companies both outsourcing and offshoring come down to answering the very basic question of “What is the goal?”  If the company’s objective is purely cost-driven, then offshoring to a company in the Asia Pacific region (APAC) may be a simple solution. If cost is part of the equation, but the more important driver is “quality,” we’re seeing a shift to domestic outsourcing, where ease-of access and the lack of language and time-zone barriers make it easy to keep a close watch on quality control.

If there are issues regarding brand equity or reputation in the mix, domestic outsourcing is rapidly becoming the only option. For instance, a lot of basic call center work that was being done in India just a few years ago is moving back to the U.S., even though it’s usually more expensive here. Companies seem to be figuring out there is a direct hit to the cost of their reputation when American customers become frustrated with cultural and language differences experienced with call center representatives.  These issues weaken the company-customer relationship – negating the on-surface savings that were the reason for offshoring in the first place.

Another factor in deciding whether to outsource is the generally negative public sentiment of being identified as an “outsourcer.”  This stigma has led many companies to bring their outsourced functions back to domestic providers. They’re still outsourcing, but without the cultural and language differences highlighting the fact that the function has been outsourced, it can easily go unnoticed by customers.  This helps avoid the damaging hit to the brand, negative perception of customer service and political fallout, and if the company desires it, avoid public awareness of the use of outsourcing at all.

3. As an outsourced hiring agency, what trends have you been noticing in the hiring process?

We are a recruitment outsourcing company that employs its people onshore instead of offshore.  At Seven Step we see a trend of companies bringing jobs that were once offshored to foreign companies for savings back to the U.S. because the cost benefits abroad are no longer as great.  Because the cost advantage has lessened, companies are now looking at their quality and customer experience and recognizing that the branding exposure and risk of offshoring may outweigh the benefit.  Therefore, manufacturing, call center and even software development jobs are now making their way back onto U.S. soil.

Companies are likely to still outsource to specialty manufacturers, call center management companies or recruitment process outsourcing (RPO) firms, but would prefer that those delivery centers be based in the U.S.  Recruitment Process Outsourcing was one of the last disciplines of the broader outsourcing business to gain general acceptance. Today, most companies, especially the larger ones, or those that tend to hire large numbers of people with similar profiles, have some or all of their recruitment strategy outsourced to providers like ours.