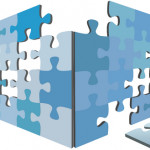 In the times of low-cost, high-quality businessmanagement, outsourcing comes as an option to more and more time- and money-savvy Lithuanian entrepreneurs as they overcome initial fears over something that, until recently, was, for most, a matter of large foreign-capital companies. Before embarking on a business partnership with one – described as outsourcing – its advantages and disadvantages have to be weighed scrupulously, as there will be sharing of some sensitive business information with somebody you barely know, creating possible service redundancies, losing perhaps a personalized customer focus. These, though, are generally outweighed by the pros of such a relationship. The pros may include managing your time better by outsourcing non-core business activities and focusing on core business processes, streamlining all business operations, while being more flexible and, at the same time, keeping in control of the business.

“In international practice, foreign companies outsource services in pursuit of long-term goals, while in Lithuania the advantages of outsourcing services are often being evaluated through a local instantaneous prism – if an internal cost today can be reduced, it means some or all services, and certain activities, have to be outsourced. Most often these kinds of decisions are related to relatively unmeaningful activities, i.e. even if they are ideally outsourced, the desired economic effect is not reached, as, in most cases, the cost savings are extremely little in such non-core activities such as cleaning or bookkeeping,”

In the aftermath of such short term-oriented solutions, he says, goals of a larger production output and a focus on core business activities are not usually achieved, as the bulk of time is oriented to the control of outsourced services, which distorts the core principle of outsourcing – an orientation to core competences.

“I believe that relatively large enterprises, whose number in Lithuania is quite limited, though is bigger than that in Latvia and Estonia, benefit most from outsourcing. Speaking of the Lithuanian and Estonian differences in terms of outsourcing services, our country is notorious for its so-called pseudo-economy – Lithuanians tend to carry the biggest load of activities themselves and control scrupulously non-core activities, which often are outsourced. It is quite opposite in Estonia, which focuses mainly on principal activities, thereby, as a rule, achieve large productivity,”

He says some large Lithuanian companies, like Achema and Mazeikiu Nafta, in attempts to optimize their main activity, tend to unbundle certain enterprise activities, forming a separate legal entity and allowing it to compete in the free market. “However, it is hard for them to remain competitive due to their relatively small competitiveness,” the management consultant stresses.

Different from the popular belief that outsourcing services are on the rise globally, he says, referring to data from Bain&Company, a global management consulting company, the popularity of outsourcing is on the decline, especially in Western Europe.

“According to the data, the use of this management tool, over the last years, has plummeted, from 80 to 58-60 percent, though the general approval of outsourcing services still remains high,”

Some other business consultants attribute the decrease to crisis-stricken companies’ will to be fully in charge of their non-core and core business management processes. “Most of the time, the outsourcing provider renders its services not for one organization, which some entrepreneurs wrongly expect, but caters to the needs of several companies, being unable to give their 100 percent attention to each company. In the crisis, that makes a big difference to many,” Dainius Kazlauskas, an economist, says.

In Lithuania, where business tries anything enabling it to lower costs and improve management, outsourcing remains a popular managerial tool even for large business groups such as, for example, SEB, the largest Lithuanian bank. It entrusted its IT networks to ATEA, the biggest Nordic and Baltic supplier of IT infrastructure solutions and services, with more than 5,400 employees around the globe.

“We did it in pursuit of a larger effectiveness, as we consider the IT operations management and services outsourcing to be the field where we will be better off if we rely on external service providers. The solution helps us focus on our principal activity,”

Darius Likas, SEB IT Monitoring Department head, said.
He says that the bank hired the IT company after having evaluated its IT experience and reliability. “So far we have not had any case of their specialists being late, and the service quality is absolutely up to our expectations,” the bank representative said.

Linas Stepanauskas, ATEA Service Department director, suggests the company provides a wide-range of IT services, taking up such sensitive banking fields as maintenance of the bank’s computerized work places, fixing computer glitches and surveillance of the bank’s telephone services.

“Most of the time we fix the problems remotely,”

Stepanauskas says.
To build the mutual trust and ensure a smoother run of the operations, ATEA accorded the bank a guarantee and insurance from third party influences.

“Our company can satisfy the largest service demands of the bank, as we are running our own large IT network in the country,”

The SEB representative admits that, with the ATEA and SEB mutual agreement signed, synchronizing the IT service processes of both sides has turned out to be the most complicated part. “The integration has been carried out smoothly, and our bank workers are being given impeccable services,” admits Likas.
Demand for IT outsourcing services has been high lately, especially during the crisis, business consultants note. A survey by Op2i, a market research and consulting company, quite contrary to the Bain&Company data, revealed that 64 percent of IT company heads stand for entrusting IT outsourcing companies their IT network management. A few years ago only 44 percent of companies were willing to do so.

Though IT outsourcing along with logistics outsourcing remain one of the trendiest outsourcing sectors, other businesses also benefit from the economic tool. Like, for example, translation services providers, such as Vilnius-based Synergium, with its subsidiaries in Russia, Ukraine, Latvia and Estonia. Its Vilnius office director, Mindaugas Kazlauskas, says the company constantly outsources some translation services from freelance translators and translation bureaus. “We rely on outsourcing services provided not only by Lithuanian specialists, but by foreigners as well. If, for example, we need a translation from English to Chinese, we look for a language native in China,” Kazlauskas said to The Baltic Times.

When it comes to outsourcing translation services in the Baltics, he says he does not see big differences. “I would rather discern only a cultural thing:  Estonians, as a rule, even working on a freelance basis, do not tend to work after-hours. In that sense, Lithuanians and Latvians are more flexible. Probably the difference is about the Scandinavian impact on Estonians,” the Synergium representative relates. He admits that it is even harder to work with Ukrainian and Belarusian translators. “If there is not a long-term competition, they tend to hike their service prices, dictate their conditions and often lack a customer-oriented focus,” Kazlauskas said.

He notes that all Lithuanian companies that have come to understand that it is impossible to do only with one’s own competence, employ some outsourcing. “Only small businesses still, out of habit, try to do everything themselves. However, those who hire outsourcers face one challenge – how to properly manage the external workforce. I often see some companies fail to do that, and the failure makes them return to their old-fashioned business management style of ‘I knew I could do it better,’” Kazlauskas points out.
He admits his company management costs went down by nearly 20 percent after having relied on some outsourcing services.

Audrius Losunovas, managing director of Raben Lithuania, representing quite another field, logistics and transportation services, says that “one of the ways to survive the difficult economic time is cost-optimization and outsourcing processes.”

“By outsourcing their logistics needs to Raben, customers are able to minimize fixed costs related to maintaining their own warehouses and fleet, as well as avoid investments in a logistics base, which is a real burden for companies in this volatile economic situation. What is more, outsourcing enables customers to concentrate on their core business and leave logistics services to professional logistics operators, which means better quality, faster deliveries and professional stock management,”

Losunovas said to The Baltic Times.

“Let me give you an example. Raben, as one of the logistics and transportation outsourcing services providers, is able to pick up goods from several factories located in different parts of Europe, deliver them to one warehouse where, as part of value-added services, promotional packs will be prepared and delivered directly to points of sale in yet another country as indicated by the customer. And our well-developed group transport means that even an order of one such pallet may be done at a very competitive price.”

Among other services, Raben Lithuania provides domestic distribution, international road forwarding, warehousing and contract logistics services. He describes competition in the market as “tough” and demanding to be in pursuit of new and better services in the same market segment. “For example, we provide transport of fresh products in controlled temperature,” he says.

Baltijos tekstile, a Lithuanian textile company, also advertises its weaving outsourcing services ranging from thread deliveries to their storage and logistics. “We’ve run for more than 10 years a 2,000 sq. m. storage, as well as 4,000 sq.m. production and 5,000 sq. m. non-manufacturing premises, and our annual production volume reaches 2 million meters of textiles, enabling us to provide textile outsourcing services in a wide range of activities.
Though the market niche is very specific and, with the Chinese constantly slashing the prices of this kind of service, very competitive, we have a constant clientele in Western Europe, particularly in the UK, and also Scandinavia. Foreigners would rather stick with our reliability, our quality and work ethics than switch to a less costly but also less reliable service,” Darius Daulenskas from Baltijos tekstile said to The Baltic Times.

With more troubled economic times possibly ahead, for most companies outsourcing, a Western business management tool until recently, has made significant inroads into Lithuanian business, making even Lithuanian language watchdogs, linguists, scramble for a corresponding Lithuanian word. The suggestion – uzsakomosios paslaugos – seems to be too clumsy and vague for most, as the English word – outsourcing – of course with a Lithuanian ending, remains on the tip of the tongue of many Lithuanian entrepreneurs.