Pentalog Outsourcing Business: 17% Growth in the Third Quarter of 2011 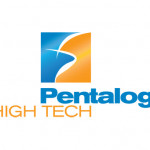 The Pentalog Group, European leader in nearshore IT services, shows an impressive organic increase of  17% in the third quarter. The growth mainly comes from existing account extensions. First of all, two existing French clients have extended their contracts: a web leader has just doubled the covering of his contract, comparing to the previous quarter, and another one, an e-commerce leader, has just renewed his contract. In France, Pentalog will provide its services in the field of software R&D for a new client from Bordeaux. Pentalog Vietnam, which is already setting up a group off 8 engineers in Hanoi, will be in charge of this project.

In Germany, a new project has been set up, concerning the creation of a new technological line, for an important editor in the health sector. Pentalog will also supply a German accounting leader, claiming to have 3 million German-speaking customers! Again, the project is entrusted to the Vietnamese office. The first deliveries made by the Hanoi team have proven fully satisfactory.

Another extended contract is from Belgium and 20 new Moldovan engineers will be involved in the project.

In Romania, the Pentalog Group has just become listed and started operations with the fist bank of the country, a world recognized Austrian banking giant. Now, the first two banks of the country placed their trust in Pentalog. In addition to this, the month of July and the beginning of August have seen an increase in commercial requests from the domestic market.

Pentalog forecasts to reach the number of 700 employees by the end of the year. Until now the staff  has increased continuously in almost all the production countries, as well as in the French headquarter. First of all, Pentalog has taken the first position on the software R&D and maintenance service market of Romania and Moldova, considering its 600 employees in this region. The fifth production unit from Romania has already recruited 18 employees and has reached a substantial production growth.

The Vietnamese office, already hosting 70 employees, is also expanding. Several western managers in the IT field have recently joined the Hanoi branch office in order to manage the expansion process. In total, the milestone of 670 employees has just been reached and should increase to 700 by the end of this year.

Another satisfaction survey for a French client has just reached a 100% satisfaction rate.
The client satisfaction, which has registered a noticeable increase during Q3, is another achievement the Group is proud of.

An e-commerce project entrusted to the Moldovan office has just reached a 100% satisfaction rate for the second time in the history of Pentalog’s inquiries, after the first one, carried out in the field of building automation.

This bodes well at a time when the global  economic slowdown signs are increasing. The company estimates an organic growth of between 20 and 25% Q4.