Practices Look to Health IT to Minimize Declines in Profits 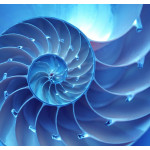 A decline in reimbursements has a majority of physician practices preparing for a downward trend in profitability, according to research published by Power Your Practice.

“The greatest challenges stem from the gap between changes underway at a systemic level and their real-world impact on the daily lives of physicians, staff and patients,” state the authors of the report. “For those with defined priorities, upgrading processes and old technologies are at the heart of their approach, with evidence of a renaissance in practice management investments as the industry begins serving a greater volume of patients amid the complexities of ICD-10.”

Of the more than 5,000 physicians surveyed during April 2013, two-thirds of physicians expect a negative profitability trend between 2013 and 2014. Among these, cardiologists are the most concerned with declining profitability, with nearly half (49%) indicating that they foresee “somewhat” or “very” negative trending in the upcoming year.

While declining reimbursements are most likely cited as the cause of financial pain (65%), these are followed closely by rising costs for running a practice (57%), requirements of the Affordable Care Act (48%), and changes to coding and documentation as a result of ICD-10 (44%). Rounding the top-five leading sources of financial pain was EHR adoption at 26 percent although obstetricians and gynecologists revealed slightly higher burden at 33 percent.  “Interestingly, four of the top five financial challenges are government-related,” note the authors.

The direct result of increased administrative demands, particularly coding and documentation, was shown to have a negative effect of patient care offered by these physician practices. According to the report, “the burden created by activities such as coding, documentation and other administrative tasks is very often falling on the shoulders of physicians — at the expense of patient care,” with 58 percent of physicians responding that 20 percent of their time treating patients was sacrificed in order to complete these tasks.

In order to keep pace with the demands of a growing patient population as a result of the Affordable Care Act and for improved care delivery, physician practices are looking to a number of resources to improve their performance, namely improvements to billing and collection processes (50%), the adoption of better technology  (31%), and hiring of new staff (31%). Only a small minority (9%) indicated that their staff, technology, and processes were highly effective.

Although nearly 60 percent of physician practices do not have specific plans for making these improvements, the remaining percentage believes a new or replacement EHR system holds the key to operational enhancements:

Of the 41% of practices that have specific plans aimed at operational improvements in the coming year, the main interventions cited are: implementing a new EHR (41%), replacing their existing EHR (25%), outsourcing billing/collections (18%) and replacing their practice management system (16%).

While EHR systems dominate the more immediate plans of these physician practices, findings from the report demonstrate that long-term plans will shift away from EHR adoption to practice management in order to transition from ICD-9 to ICD-10 by Oct. 1, 2014.

“Many physicians simply don’t know whether the central nervous systems of their practices — which most have had for many years —are up to the task,” the report states. “When asked whether their current practice management systems have the ability to support additional patients from ACA as well as their billing requirements/changes, only 36% said yes. 22% said no, while the largest number — 42% — said they don’t know at this point.”

While decreasing profitability may portend that many physician practices will close their doors, the findings of this report indicate that a many practices have alternative plans and technology should play a significant role in them.