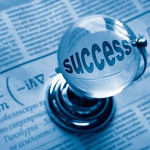 The British investment magazine fDi Intelligence has ranked Prague among the top 25 European regions of the future. According to the magazine’s regular European Cities and Regions of the Future assessment, Prague is also the third-best European city in terms of human resources and lifestyle, behind London and Paris.

“Prague is an attractive investment environment for foreign investors, especially thanks to its unique combination of historical charm and quality of life, as well as its high concentration of talent and industrial potential,”

“Strong multinational players such as Amazon, Google, Microsoft and Honeywell have operations here, employing both Czechs, who are valued for their professional skills and diligence, and foreigners, who are attracted to Prague by the city’s high standard of living including education, healthcare and so on.”